China cover-up: The brutal treatment of expert who tried to tell the TRUTH about COVID-19 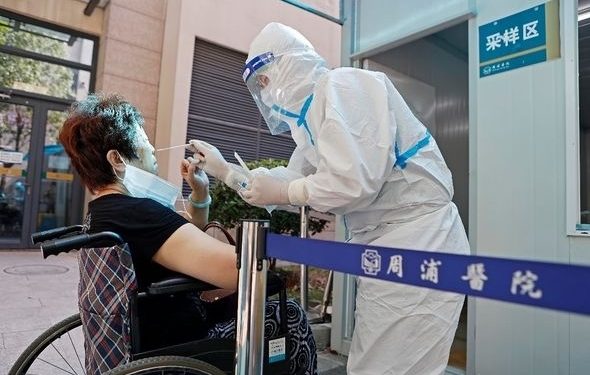 A CHINESE professor was brutally dismissed from the Chinese Communist party after voicing concerns of a coronavirus cover-up in China.

Cai Xia, who has worked at China’s elite Central Party School, questioned on President Xi Jinping and the country’s COVID-19 figures. Coronavirus is believed to have emerged from a wet market in Wuhan in December.

China has been accused of both censoring medical experts speaking of a new disease and providing fake coronavirus death tolls.

Now a former worker of the ruling Communist Party has joined a number of personalities casting doubt on the veracity of the data.

Ms Xia was dismissed from the party on Monday after a tape recording of her branding Mr Xi as a “mafia boss” was leaked online.

She added that her standpoint was now “free from any constraints”.

Having now left the country, she told the Guardian that China was destined for catastrophe as “people cannot speak the truth.

“Wuhan’s epidemic spread across the country and the whole world and everyone has been harmed.

“Chinese citizens have borne the brunt and among Chinese people, people in Wuhan suffered the most.

“We have so many people dead, including people like Li Wenliang who should not have died.

“About the number of deaths, up to now China has not even said a real death number.”

This figure places the country in 27th place of most affected nations by death globally.

Critics said this figure is impossible given the high comparable death tolls of far smaller countries.

Another factor fuelling the claims is that the disease was allowed to spread for weeks before prevention measures came into force.

Ms Xia said: “Officials at all levels hide the truth and report only when they cannot cover up any more.”

A Chinese newspaper has lashed out at her “blatant betrayal.”

Studies from June indicated China’s COVID-19 total could be 14 times higher than the nation’s official figure.

United States experts who carried out the research suggested China may have been experiencing as many as 2,000 daily fatalities during the peak of its outbreak.

One expert has also said this month that China’s ruling party also “purged” a key database from a Wuhan lab.

China’s honesty was also doubted when a doctor who said her bosses censored her warnings about COVID-19 suddenly disappeared in April.