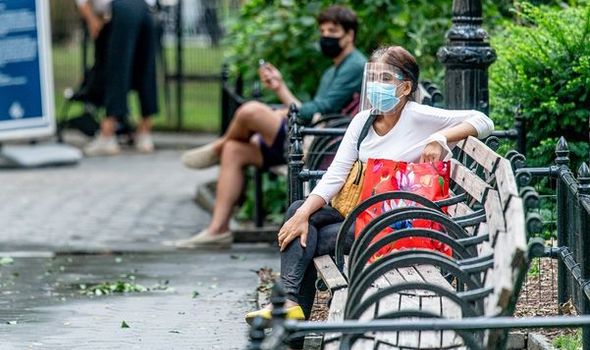 A MAN in his 20s has died of bubonic plague in the US after China was sent into lockdown due to a rise in cases in the Inner Mongolia province.

The patient from Rio Arriba County, New Mexico was taken to hospital where he passed away from the rare disease, health officials confirmed on Friday. Health officials have been inspecting the home of the young man. His death marks the second case in the state this year after a man in his 60s died of the disease in June.

In late June a man in his 60s became the first to be diagnosed in 2020 and was recovering in hospital.

Both men lived more than 100 miles away from each other, so the cases are not thought to be linked.

New Mexico Department of Health Secretary Kathy Kunkel said: “Plague activity in New Mexico is usually highest during the summer months, so it is especially important now to take precautions to avoid rodents and their fleas which can expose you to plague.”

The Centers for Disease Control and Prevention (CDC) says more than 80 per cent of United States plague cases have been the bubonic form.

The disease is caused by a bacteria called Yesinia Pestis which most commonly affect rodents, but they can be bitten by fleas which can then pass it on to humans.

Cases of bubonic plague are very rare and can be treated with antibiotics quickly, but it still has a fatality rate of between 30 to 60% per cent.

In recent decades, an average of seven cases have been reported each year with a range of one to 17.

Plague has occurred in people of all ages, although 50 per cent of cases occur in people ages 12 to 45.

So far the disease has killed around 50 million people.

This includes 60 per cent of Europe’s population in the 14th century in what was known as ‘the Black Death’.

The World Health Organisaiton (WHO) estimates between 1,000 and 2,000 cases of plague around the world every year.

Pet owners should prevent their animals from wandering off and use flea treatment products on them as well as keep hay, wool and compost piles away from their homes, according to the Centers for Disease Control and Prevention (CDC).

Last week panic swept across China’s Inner Mongolia province after a second bubonic plague lockdown was enforced, two days after the first, as whole villages are sealed off.

A man died in the region’s city of Bayannur from multiple organ failure after contracting the deadly disease.

Authorities tracked the man’s movements back to his village and sealed it off. This is the second village to be placed in quarantine within the past few weeks.