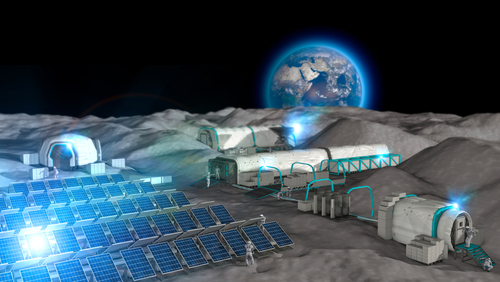 Brussels (Brussels Morning) China and Russia have signed a memorandum of understanding to build an experimental research station on the moon in a bid to strengthen their space presence, DW reported on Tuesday.

Russia’s space agency, Roscosmos State Corporation for Space Activities, has issued a statement that the planned research station would comprise a “complex of experimental research facilities created on the surface and/or in the orbit of the moon”.

It added that China and Russia have agreed to work together on the project design, implementation and presentation.

Roscosmos Director General, Dmitry Rogozin, reportedly announced in July last year that the agency was negotiating with China on development of a joint lunar base. He indicated that the project would include a space monitoring system that could help with deep space exploration and that the two sides could work together on asteroid and comet security.

According to Interfax, Rogozin, commended the Chinese for their progress in recent years, noting that “we respect their results, and in principle they are a worthy partner for us”.

Relations between China and Russia warming

The Kremlin and Beijing have been strengthening connections between the two countries since 2014, when the annexation of Crimea strained Russia’s relations with the West.

Also on Tuesday, France’s National Centre for Space Studies announced that China and France had agreed to cooperate on space exploration, Reuters reported,

Similarly, Russia, which cooperates on space exploration with the US and NASA, is reported to be planning construction of a lunar station with Canada, Europe and Japan.Meanwhile, Reuters also reports that an unnamed EU official has announced plans are in the pipeline to build a space industry alliance in order to compete with the US and China.