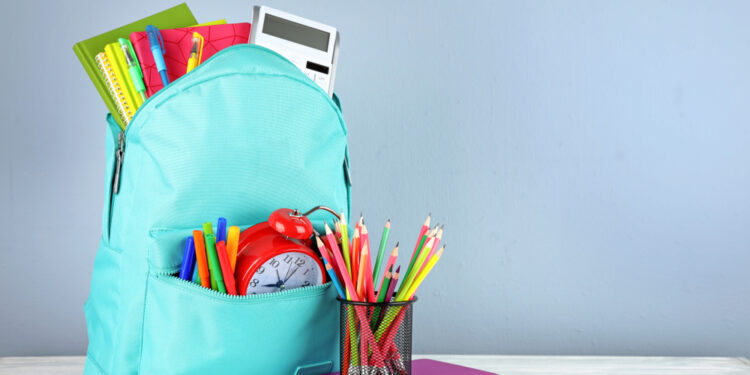 Not a single expert is aware of classes in the Brussels Dutch-language schools where lessons are said to be given in Arabic. Home languages ​​are here and there integrated into education. Always with the intention of supporting learning, and as a recognition of identity. “But few children know their home language well enough to look up information in it said BRUZZ, for example,

“There is, however, a policy on dealing positively with the children’s home languages. This is even stated in the attainment targets,” says Hilde De Smedt, who heads the Partners in Multilingualism (PIM) department within the non-profit organisation Foyer from Molenbeek, which has been an organisation since the has built up expertise in the field of multilingual parenting in the eighties. PIM works with families on multilingual parenting and conducts consultations when children’s language development is not going well.

“We had multilingual education at Foyer in the past, but that is no longer allowed. A strong home language remains a condition for learning other languages. For example, we have just submitted a project to work with young parents to strengthen the home language. a child who does not yet know his or her own home language in the reception class is immediately six months behind the others.”

How do Dutch-language schools in Brussels “handle positively” with other languages? “That can be done in all kinds of ways,” says De Smedt. “For example, in a group work, the children can do research in their own home language, but the discussion or presentation about the material will continue to take place in Dutch.”

“Another example is that in vocabulary exercises, for example around words for the gradations between ‘a little happy’ and ‘super happy’, they can enumerate both Turkish and Dutch words. The teacher can see from the number of words that the child in the home language, for example, knows more or an equal number of words. The child shows what it can do, and also learns, for example, that some expressions exist in both languages.”

“Children who have to make a family tree, for example, can talk about it with their family in their home language. But at school the family tree is discussed in Dutch in the class. This way they can make a comparison between the words about kinship ties.”

This approach is not limited to Brussels, by the way. In Ghent, for example, according to De Smedt, there have been projects around home languages ​​for longer than in Brussels.

Four years ago, two Anderlecht primary schools expanded a pilot project on such use of home languages ​​to all classes of the school, supported by the Erasmus University College. It ran for two years, until no external partners were allowed to come to school due to the corona crisis. Two other Brussels schools had only joined for two months at the time.

“The teachers sometimes still integrate the home languages ​​during certain assignments in the classroom, but that is minimal,” says director Anne-Marie De Roose of the municipal primary school Goede Lucht, who participated in the project. “For example, children are allowed to do research in their home language for a talk, but that talk is in Dutch.”

“The survey four years ago showed that children themselves indicated that if they were allowed to use home languages ​​in a targeted way, it helped them to process the learning material,” says Vanherf. “But really offering texts in languages ​​such as Turkish or Moroccan Arabic is difficult. At the Koran school children may have learned Arabic as a function of their religion, but that is not the language they speak at home. They do not speak classical Arabic fluently. All grammar lessons do help them to understand Dutch grammar when they are a bit older.”

“The language of instruction always remains Dutch,” says Anderlecht alderman of Education Elke Roex (Vooruit), competent for the municipal primary schools where the pilot project ran pre-corona at the time. “But in this way the children were confronted with multilingualism in a positive way. That is positive for me, because both the home language and Dutch must be experienced as languages ​​that you like to speak.”

If foreign languages ​​are ever used in the classroom, it is almost always French, says director De Roose. “Many children don’t know their own language well at home and they can’t write or read, for example, so they usually can’t use it to do research. This mainly happens in French, if it happens at all.”

Because the school encourages you to use Dutch as much as possible at school. “At the time, we noticed during the project that if you allow them too much to use the home language, Dutch deteriorates. This is due to the typical Brussels context. Unlike in Flanders, many of our students only hear Dutch at school. On the street, in the bus or in the shop, even in Dutch-speaking sports clubs, French is often spoken. They almost only hear and learn Dutch at school.”

“In Dutch-language education, the goal is not to develop the home language, it has a supporting role,” Vanherf repeats. “After all, a rich vocabulary in one’s own language is the best basis for learning other languages, and it helps with reading and writing. This can be done, for example, by a multilingual word wall, with the translations of a number of school language words.”