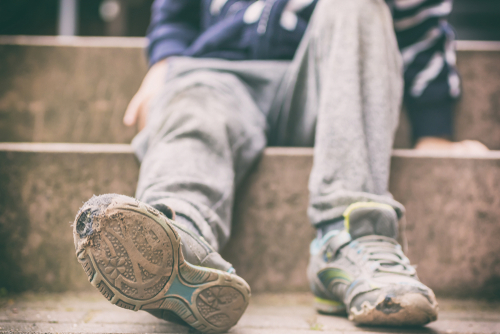 Brussels (Brussels Morning) The EU’s Social Summit organised by the Portuguese Presidency of the Council kicks-off in Porto today, committed to “turn principles into actions” and give political impetus to EU social rights by tackling issues ranging from child poverty to homelessness.

The European Child Guarantee, one of the European Parliament’s long-standing demands and a key element of the EU Action Plan, which was published on 24 March, is one of the many initiatives tabled for discussion during the two-day summit.

The Portuguese summit has a symbolic resonance, given what the country endured during the troika years at the peak of the financial crisis, and how deeply austerity was to increase inequality.

The EU action plan sets out 20 key principles and rights to ensure an EU that is “fair, inclusive and full of opportunities”. Measures include work-life balance, healthcare and long-term care, employment support, job creation and up-skilling the EU population.

By 2030, the EU aims to have at least 78% of the population in the 20-to-64 age bracket gainfully employed. It also aims to have make provisions so that at least 60% of all adults can benefit from skills training every year. Additionally, it is pledged to reduce the number of people at risk of poverty or social exclusion by at least 15 million.

“If we succeed in the Social Summit to obtain a compromise in which the Council and the Commission sign an agreement with trade unions, it will be the first time in the history of the EU that there is a general agreement bringing together all social partners and European institutions”, Portugal’s PM António Costa the Lusa news agency in an interview.

Tomorrow, EU leaders will discuss the implementation of the European Pillar of Social Rights at EU and national level.

“As the EU recovers from the pandemic, leaders will focus on protecting, creating and improving job quality. They will also discuss how to support young people who have been negatively affected by the COVID-19 crisis”, the Council stated.

The Porto Social Summit represents builds on the 2017 Gothenburg Social Summit, which established the European Pillar of Social Rights. This time, trade unions will be able to shape the debate, by joining heads of State and government.

“We have to be very clear that legislation and money are the only things that really make a difference — all the rest is blah blah”, Visentini Luca, Secretary-General of the European Union Trade Confederation declared.

He asserted that collective bargaining over wages and working conditions offered the only way to ensure workers get “a fair share of support”.

“More than three million workers across the EU have lost the benefits of union-negotiated wages over the past 20 years. To reverse this trend, unions must be given the right of access to workplaces to organise workers, and companies which refuse to negotiate should have no recourse to EU funds”, Luca proposed in a commentary piece for the Social Europe.

In another interviewed carried by the Lusa news agency, former Commission President Jean-Claude Juncker observed that PM Costa has “to insist on concrete targets concerning youth unemployment, lifelong learning and the employment rate”.

Juncker added he was confident the PM would do it. “If he doesn’t succeed, nobody will succeed because he is one of the best”.