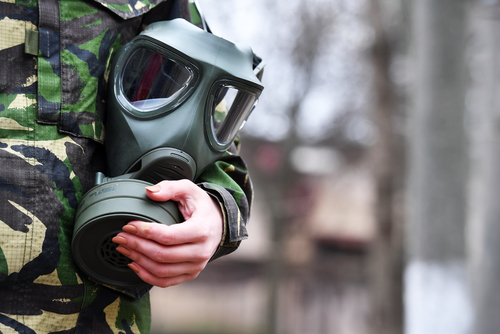 Brussels (Brussels Morning) The Organisation for the Prohibition of Chemical Weapons (OPCW) stripped Syria of its voting rights on Wednesday over the use of chemical weapons in the Syrian civil war, DW reports.

A majority of OPCW member nations voted in favour of the largely symbolic move, pointing to the organisation’s findings that Syrian forces repeatedly used poison gas in the conflict.

The OPCW is the 193-member implementing body for the Chemical Weapons Convention that entered into force in 1997 with the aim of destroying existing chemical weapons and preventing the production of new ones.

According to OPCW’s investigations, Syrian forces used chlorine barrel bombs and sarin nerve agent in attacks that killed and maimed thousands between 2015 and 2018.

France, the UK, the US and 43 other members initiated the vote at the governing Conference of the States Parties, with 87 votes in favour, 15 against and 34 abstentions.

EU spokesman Peter Stano pointed out on Twitter that the “EU also welcomes the OPCW report”, noting that “those responsible must be held accountable”.

Moscow’s representative at the OPCW, Alexander Shulgin, argued that “the accusations against Syria are far-fetched,” the Russian news agency TASS reported.

“They are motivated by a geopolitical plot of those countries which are promoting their selfish agenda on the Syrian issue”, he claimed, maintaining that that stripping Syria of its voting rights was not justified.

Dmitry Polyanskiy, First Deputy Permanent Representative of Russia to the UN, described the OPCW move as a stunt representing “another clear blow to OPCW credibility”.

Russia, Iran and Syria were among the OPCW members voting against the motion.

Syria and Russia deny using chemical weapons in the Syrian conflict, which has caused friction between political blocs in the OPCW and has paralysed the UN Security Council.