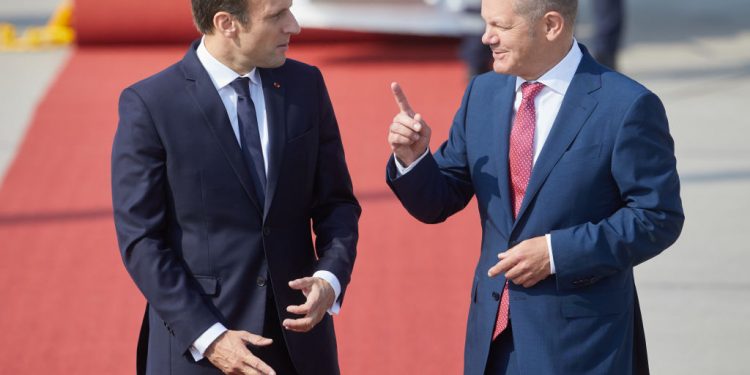 “During the last four years, I have worked with Angela Merkel on all these subjects … I know that we will continue together, dear Olaf, this close collaboration”, Macron said at a press conference about their first meeting. Scholz, reportedly more reserved, said the two had talked about how to work together to make Europe stronger.

While both leaders appear to be, at least declaratively, in favour of more Europe-wide competencies and a joint foreign policy, some differences remain, most notably on the issue of the use of nuclear power to combat climate change. While France is producing more than 70% of its electricity from its nuclear power plants, and Macron plans to push for the construction of more reactors, Germany has long decided to phase out its nuclear energy production.

Faced with this disconnect, Scholz mostly skirted around the question, saying “it is very clear” that each country is following its own strategy on how best to combat the climate crisis. “What unites us is that we recognise the responsibility and are ambitious”, Scholz observed.

Scholz and Macron also discussed an overhaul of the Union’s budget rules, with Scholz reporting he is confident the problems ahead could be solved in a way that would both enable growth and ensure solid finances. “It is possible to achieve both at the same time, they are not opposites. We have promised to use the flexibility that the Stability and Growth Pact offers”, he declared.