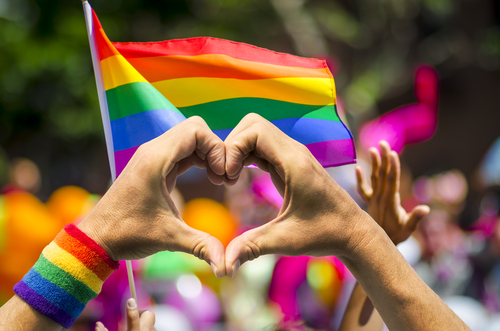 Brussels (Brussels Morning) Thousands of Poles marched down the streets of Warsaw on Saturday in Central Europe’s largest gay pride parade after a one-year hiatus caused by the coronavirus pandemic.

LGBT rights are one of the key issues in Polish politics and remain a divisive topic, which the ruling, right-wing Law and Justice (PiS) party is trying to exploit in order to attract votes from the conservative and traditionalist voters.

PiS fought the last elections on a platform of combating alleged “Western LGBT ideology”, claiming it represented a threat to traditional family values. Polish right-wing politicians often maintain they are not against gay people, but that they are opposed to the “LGBT ideology”.

Walking at the front of the Saturday march, Warsaw’s liberal Mayor Rafał Trzaskowski showed his continued support for the LGBT community. Trzaskowski became a target for right-wing condemnation after he signed a declaration in support of LGBT rights in 2019. The backlash against the community has since grown into an ideological war.

More than a hundred Polish municipalities ruled by PiS and conservative parties, covering about a third of Poland, have declared themselves so-called “LGBT-free zones”. The right-wing Gazeta Polska has even issued “LGBT-free zone” stickers to its readers. Polls among the LGBT population in Poland show the community to be feeling increasingly threatened and unsafe in the country.

Saturday’s rally was held as the state of LGBT rights continues to erode in Eastern Europe. The Hungarian right-wing ruling party Fidesz introduced an openly homophobic law this month, preventing “promotion or depiction” of homosexuality to minors. Ostensibly intended to combat paedophilia, the law effectively bans, under threat of imprisonment, any kind of education on homosexuality or any depiction of it at times or locations where children might be exposed to it – including public parades.