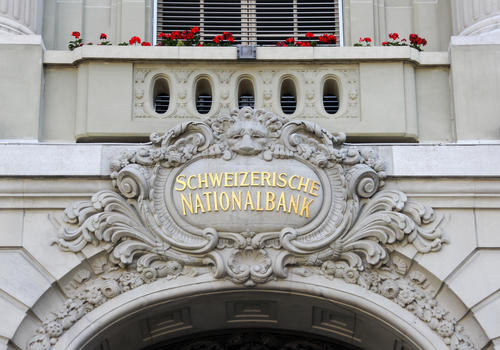 BERN, SWITZERLAND - AUGUST 18, 2013: the Swiss National Bank (SNB) which is responsible for monetary policy in the country.

Brussels (Brussels Morning) The Bank of France and the Swiss National Bank are preparing to test Europe’s first cross-border wholesale digital currency payments between two central banks. The digital transfer experiment will also be the first for two of the world’s most traded currencies – the euro and the Swiss franc.

The experiment involves the participation of a number of other entities to assist with its implementation, including Switzerland’s UBS and Credit Suisse, France’s Natixis, Swiss bourse operator SIX Digital Exchange, the fintech company R3 and the Bank for International Settlements’ Innovation Hub.

In the trial, the two central banks will focus on the bank-to-bank wholesale lending market, but  not for everyday public transactions. Nevertheless, it will represent the first complete test for both digital euro and Swiss franc.

The Bank of France’s Deputy Governor Sylvie Goulard told Reuters that the eurozone is adapting to the “strong trend towards digitalisation of payments”, referring to the global interest in digital currencies. “The Bank of France is convinced of the potential benefits of wholesale central bank digital currency to provide maximum security and efficiency in financial transactions”, he said.
The collaboration in digital currency testing, dubbed “Jura” after the mountain range separating Switzerland and France, is the second large CBDC pilot for the French central bank. In April, the bank made payments on digital bonds issued by the European Investment Bank by using blockchain technology – the principle behind Bitcoin and other digital currencies.