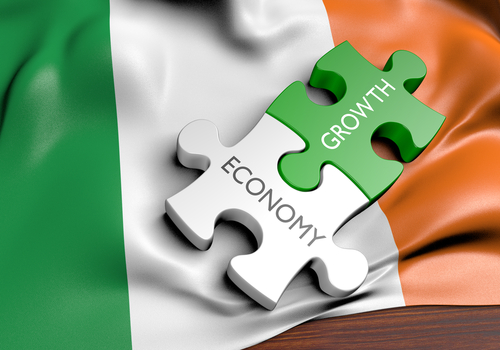 Brussels (Brussels Morning) The Central Bank of Ireland forecasts last year’s GDP growth at 2.5% despite the lockdowns imposed to control the coronavirus pandemic, according to Reuter.

The bank expected GDP decline of 0.4% in its forecast from October last year, when data showed the economy rebounded 8% annually in the third quarter. Data for the final quarter of 2020 has yet to be released.

According to the bank’s quarterly report, “despite the downturn in global trade, Irish exports are projected to have grown by over 4% last year, with this resilience reflecting the strong growth of exports of pharmaceuticals, computer services and business services.”

In light of these positive trends and the fact that one-in-eight employed in Ireland works for a foreign multinational, the Central Bank of Ireland estimates GDP grew 2.5% last year.

The bank expects GDP growth of 3.8% this year, slightly up compared to the October forecast of 3.4%, pointing to the trade deal between the UK and the EU that was concluded in December as well as additional spending announced in October.

However, the bank warns that GDP could grow about 1.5% this year should the government decides to extend pandemic lockdown measures.

If the effects of the multinational sector are excluded, domestic demand likely dropped 7.1% last year, the bank notes, predicting growth of  2.9% this year followed by growth of 3.6% next year, mostly attributed to savings built up during lockdowns.

As far as unemployment rate goes, the bank expects it to average at 9.3% this year and drop to 7.8% next year.It warns the coronavirus crisis could lead to inflation of house prices as personal savings increase and construction of new houses decreases.  The bank predicts 23,000 fewer homes will be built in Ireland in the period between 2020 and 2022 because of the restrictions.