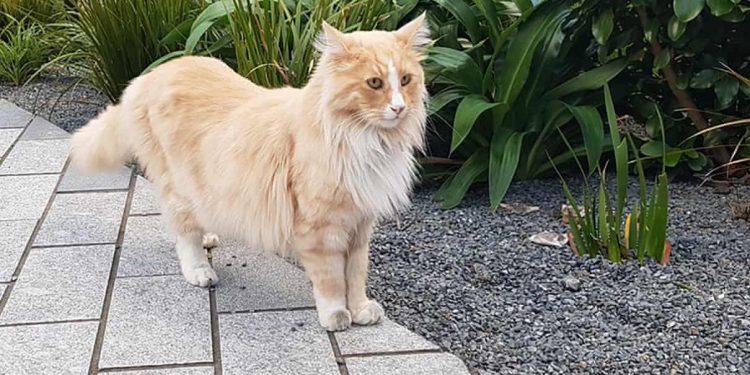 A celebrity cat, a hardworking civil servant and the prime minister have all been nominated for this year’s New Zealander of the year award.

“In this extraordinary year, we know that everyone has a hero,” Miriama Kamo, the patron of the awards, said.

For some, that hero has been a Turkish Angora cat named Mittens who roams tattoo parlours, office towers and churches, posing for social media snapshots along the way. Earlier this year Mittens, of Wellington, was given the key to the city, and his adventurous spirit has won him tens of thousands of local and international fans.

Mittens first won attention in 2018 after repeatedly wandering inner-city dwellings, including the university, the post office, and a Catholic church. Mittens was also reportedly taken to the police station by concerned locals.

After repeated encounters with Mittens, an SPCA employee started a Facebook page to reassure locals that the cat wasn’t lost and didn’t need to be “rescued” – he was just adventurous.

Also making the cut are the prime minister, Jacinda Ardern, her figurative “team of five million” for their adherence to lockdown rules, and the director-general of health, Dr Ashley Bloomfield.

Bloomfield has a devoted following of fans thanks to his unflappable demeanour and quick recall of coronavirus facts during his daily 1 pm media briefings during the crisis, with tea towels, face masks and shopping bags bearing his face printed in his honour.

Dropping a heavy hint, a press release from the awards states: “There have been a significant number of nominations for Dr Ashley Bloomfield.”

New Zealand writer Anna Connell jokingly changed her Twitter handle to The Ashley Bloomfield Fan Club after repeatedly admiring his cool during press conferences. Overnight, her followers began to grow, and she is now the unofficial leader of the nation’s Bloomfield devotees.

“It’s unusual to have people unifying so positively around one person on Twitter, but it’s really hard to find anyone saying a bad word about him,” Connell said.

“I think he just epitomises something quite wholesome; he’s not political, he’s got neutrality about him. He is a very appealing kind of guy. He’s very calm, and he’s very measured – and he’s got really nice hair.”

Organisers said those who were public-facing on managing the Covid-19 crisis had received “a significant number of nominations”; “truly reflecting the mood of the nation this year.”

A feline has never won.