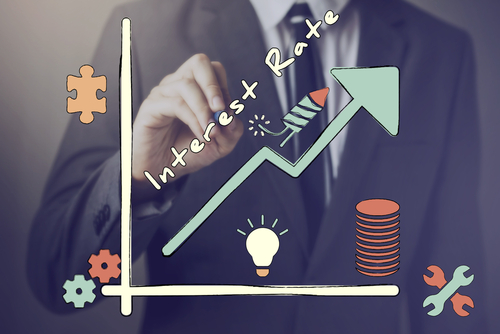 Belgium, (Brussels Morning Newspaper) Central banks in Central and Eastern Europe have been raising interest rates at a faster pace since 2021 to curb inflation.

The region’s central banks are expected to continue tightening monetary policies in the coming period as inflation rates have reached the highest levels in the last ten years or more, Reuters reports.

According to preliminary data released today, the Czech economy grew more than expected last year, largely because of the recovery of foreign demand.

The Czech Statistical Office (CZSO) estimates that the economy grew 0.9% on a quarterly level in the final quarter of last year. This is significantly more than the 0.1% predicted by economists who had taken part in a Reuters poll.

While the CZSO did not provide a detailed analysis, it did note that foreign demand has been one of the main catalysts of economic recovery. On the annual level, the Czech GDP grew 3.6% in the final quarter of last year.

The figures from the Czech Republic represent the first Q4 data in the region. Earlier, Polish authorities had reported that GDP growth in 2021 stood at 5.7%, the highest since 2007.

Unicredit’s chief economist in the Czech Republic, Pavel Sobisek, has predicted that economic growth will slow down at the start of the year.

“Growth will be conditional on the improved flow of production in the car industry, which could happen in the second half of the year”, he noted.

Manufacturing surveys in the CEE suggest that economic growth will be somewhat slower at the start of this year. Countries in the region are aiming to build on recovery momentum that started in 2021 thanks to growth of demand.

However, global supply chain disruptions have continued this year despite easing slightly in the final quarter of last year, which presents a problem for industry.

Association of Logistics, Purchasing and Inventory Management data shows that PMI in Hungary dropped from 65.5 in December to 50.7 in January.

While PMIs in the region dropped in January, they still point towards continued growth.