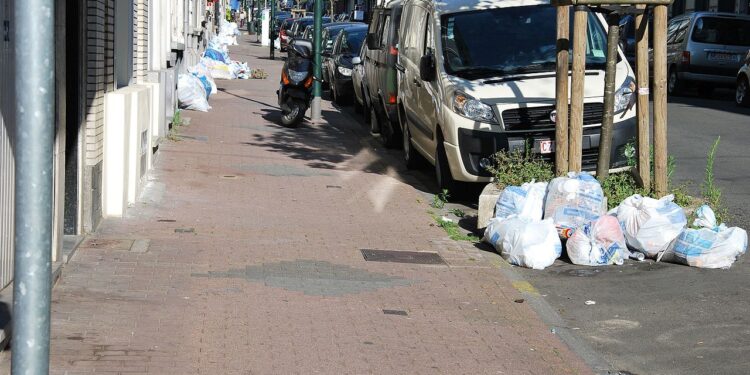 For the launch of the campaign, Flemish Minister of Brussels Benjamin Dalle and Brussels MP Bianca Debaets set up a ‘pop-up shop’ called ‘Brukea’ on Muntplein, together with some other party members. Passers-by could find secretly deposited interior items “at dumping prices”.

“This morning, two volunteers started driving a van through Brussels, looking for illegal dumping,” explains Debaets. “Unfortunately, it didn’t take them too long to collect just about an entire household item, although there was also a lot of other dumped waste on the streets that was less suitable for sale in a pop-up store.”

CD&V Brussels wants to tackle the illegal dumping and litter problem with the ‘Clean Streets Plan’. To this end, the party drew up fifteen action points. Dalle: “The improvement of the supply of recycling centres or the import of deposits on plastic bottles and cans is also discussed, for example. Or the use of underground waste containers, so that the waste no longer remains lying around on the street.”

“Our action plan is therefore quite broad, but we also believe that there is a lot to improve on in the Brussels streetscape. It is high time that we brush up on the reputation of our city,” said the Flemish minister.

According to CD&V, the action plan emphasises awareness and prevention, but also repression. “Obviously we don’t want to organise a large-scale witch hunt on anyone who has thrown a wad of paper or chewing gum on the street, but we do believe that those who don’t want to hear should feel the responsibility of all of us,” say Dalle and Debaets.