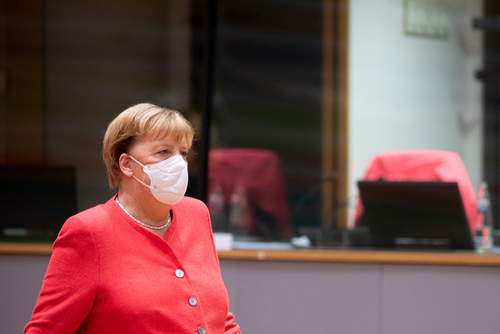 In both Baden-Württemberg and Rhineland-Palatinate, the incumbent state premiers emerged victorious, despite the CDU having polled ahead of the Social Democrats (SPD) in Rhineland just a month ago. While the party was not anticipating a win, support for the CDU was far below the levels registered by the party in the previous elections in the two federal states.

“This is not a good election evening for the CDU”, the party’s secretary-general, Paul Ziemiak, said. Sunday’s two elections kicked off what German media and politicians alike are calling the “super-election year”, in which a series of regional elections will culminate in September’s federal election.

CDU’s early showing does not inspire confidence that the party will retain power easily after Merkel withdraws from the political arena. She has already resigned the party leadership and has announced that her current term as Chancellor is to be her last. Her successor, Armin Laschet, will have to face serious party leadership challenges in the absence of the popular “Mutti” as the figurehead.

Sunday’s poor showing was also a consequence of a series of scandals among CDU lawmakers. Three Bundestag deputies resigned jn the week prior to the elections in the wake of allegations about conflict of interest and profiting off the sale of personal protective masks during the coronavirus pandemic.

The biggest winners of the Sunday elections were the Greens, who retained power in Baden-Wüttenberg with a much improved margin over last time, as well as showing gains in Rhineland-Palatinate, where they are deemed likely to remain a junior coalition partner to the ruling SPD.

Should they overtake the SDP in the national polls, the Greens could well be a part of the future federal government come September, in spite of reservations on the part of the CDU’s right-wing. CDU is expected to remain the strongest single group along with its Bavarian sister-party, the Christian Social Union (CSU).

With 35.5% of the vote, SPD’s victory in Rhineland-Palatinate represented a much-needed boost for what was formerly the second strongest political party in Germany. After years of being a junior partner in Merkel’s CDU-led governments, the party had fallen behind the Greens. In order to have any realistic shot in the pending federal elections at being part of a future government, it needed to show that it still has the capacity to win and to attract voters.