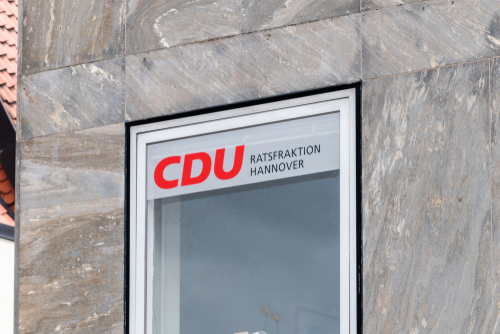 Brussels (Brussels Morning) After the sobering shock of Sunday’s regional elections’ outcome, which in part was caused by the resignations of several lawmakers from the Christian Democratic Union (CDU) and the Christian Social Union (CSU), its Bavarian sister-party, the CDU has drafted a set of ethical rules for all members to follow, Deutsche Welle reports

The internal paper, titled “Strengthen Trust, Follow Rules, Sanction Infractions”, was officially adopted by the party on Monday afternoon. The document opens with a reminder to party members, elected officials in particular, that they have responsibilities as “role models in society”.

Two CDU lawmakers and one CSU lawmaker resigned in the week prior to the regional elections held in Baden-Württemberg and Rhineland-Palatinate on Sunday, where the party suffered a record low show of support at the polls.

The CDU scandals were primarily linked to the questionable role the lawmakers in question may have played in the procurement of personal protective equipment (masks). While their conduct may not have been illegal – something that has yet to be determined – the fact that they appeared to have profited from the coronavirus pandemic drew stark criticism from the party.

According to the new ethics rules, every party member will have to publicly declare any work over and above that which is exclusively linked to his or her political post. They will also be required to declare any investments which might be construed as involving conflicts of interest.

The new guidelines stipulate that politicians are prohibited from accepting financial contributions, and must openly declare any relations they might have with foreign governments or businesses. Regarding local officials, all municipal politicians will be required to recuse themselves from voting on any matters or projects they might be linked to. All CDU future candidates for any office will be required to swear to uphold the new ethics rules.