Catalan coalition row over who sits at talks with Spain 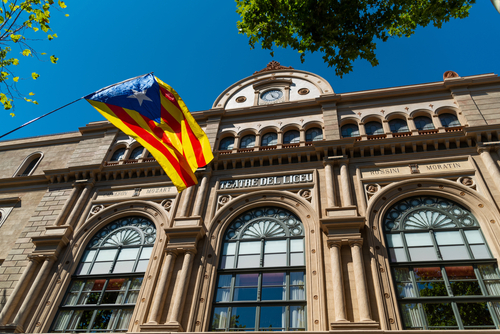 On the eve of negotiations between Spain and the Generalitat, an internal row broke out within the Catalan coalition government as to who should sit at the table.

Pere Aragonès, the President of the Generalitat, a member of the Republican Left Party of Catalonia (ERC), rejected the list of party representatives put forward by Junts — ERC’s partner in the regional coalition — to represent them in the vital negotiations with the Spanish executive.

Aragonès rejected the Junts’ nominees on grounds that none hold office in the current government. Junts objected, stressing that the terms for who participates in the negotiation dialogue do not stipulate that they must be from the government. The last-minute development has left Junts—the party that governed Catalonia under the leadership of exiled Carles Puigdemont during the 2017 independence referendum – feeling marginalised.

Aragonès claims he will fight for two major objectives in the talks: another referendum and amnesty for former Catalan political prisoners and exiles. Sánchez has consistently said he will not accept another referendum. However, representatives of the Catalan government note that the Spanish PM said the same thing about pardons for political prisoners, which he then conceded to in May.

Junts’ had proposed that the party’s vice president, Jordi Puigneró, its secretary general, Jordi Sànchez, its Congressional spokesman, Míriam Nogueras, and deputy secretary general, Jordi Turull, participate in the negotiation. In rejecting them, Aragonès declared: “They must be members of the government, just as the Spanish government will be represented by members of the executive.”

He went on to say: “It’s not a matter of names or specific people. It’s a matter of trust in the agreements, which are clear: start this negotiation with the state and that there is a negotiation from government to government and therefore between members of the government”, he explained.

The attempt to start a dialogue marks the first such effort since the 2017 referendum. Aragonès has said that “the door is open” for Junts to propose others and has offered assurances that the delegation will represent the party’s interest regardless of whether they have a member in attendance.

Junts’ Secretary General Jordi Sànchez, a former political prisoner, expressed frustration over the decision, which he said amounted to a “veto” of the party representatives. However, careful not to cause untimely tension on the Catalan side of the negotiation table, the Junts’ leader opted to blame the decision on the Spanish executive.

“We have felt that we have been vetoed by Pedro Sánchez’s government. This veto represents the conviction that the Spanish side fails to address the dialogue”, Sànchez declared.

Spain’s Minister for Territorial Politics, Isabel Rodríguez García, declared that Madrid supported Aragonès decision.  “I insist, the position has always been that of two delegations at work with the two governments, we have not contemplated another framework and therefore the area in which this government is willing to work is in the understanding of the two governments.”

The dialogue could open the way for a range of outcomes including another independence referendum, amnesty for exiles and former political prisoners, economic federalism, and reform to the Autonomy Statute, or, as many disillusioned Catalans predict, none of the above. Whatever the outcome, it is expected to have a deciding impact on PM Pedro Sánchez’s success in next year’s general elections.