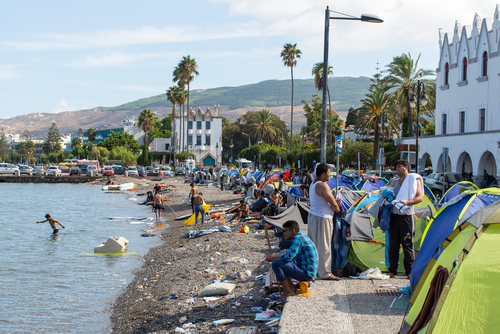 Brussels (Brussels Morning) Aid services on Spain’s Canary Islands are warning about the rise in the numbers of women and children migrants reaching the archipelago and the lack of the necessary protocols required to cover their needs, El Pais reported.

A two-year-old child from Mali recently died in hospital having been rescued in critical condition from a migrant boat arriving from Dakhla in Western Sahara. Another 11 minors and seven adults remain in medical care.

The managing director of a children’s hospital in the Canary Islands, Alejandra Torres, warns that recent migrant arrivals have included unprecedented numbers of women and children. “It is not common for boats to show up with so many minors and so many women,” Torres said “We are worried and dismayed at these numbers.”

María Jesús Vega, a spokesperson for the UN High Commissioner for Refugees (UNHCR), also confirmed that the agency is observing an increase in the number of women and children among recent arrivals. During the first three months of 2021, the percentage of women among migrants arriving by boats rose from 5% to 12%, while the number of underage arrivals grew 4%.

This increase is reportedly challenging migrant care systems largely designed to handle healthy, undocumented adult males. Spain’s Ombudsman criticised the lack of specific protocols, noting that women and minors are forced to undergo the same procedures as any other migrant. On arrival, they are taken to a temporary holding centre or a police station, where they are formally held for up to 72 hours for identification and questioning.

UNHCR’s Vega said Spain needs to improve the asylum request procedures for vulnerable groups, such as women and children. “These are individuals who are fleeing situations of violence and who have made very complicated and risk-fraught journeys,” she pointed out.  “There have been improvements since last year in terms of registering requests, but more resources are needed and the procedure has to be speeded up.”