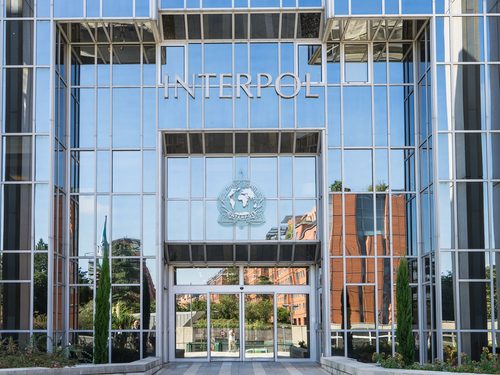 Brussels (Brussels Morning) As Interpol’s next general assembly draws near, a rising chorus of voices is protesting the candidacy of Major General Ahmed Naser al-Raisi of the United Arab Emirates, who is bidding to become the next president of the international organisation.

The UAE reportedly sought to back al-Raisi’s candidacy in 2020, actively lobbying to have him elected as the successor to Kim Jong Yang, but the December 2020 general assembly, which had been scheduled to take place in the UAE, was ultimately postponed, as was the vote on the organisation’s next president.

Al-Raisi’s candidacy comes burdened by serious allegations of human rights abuses that occurred while he was in charge of the UAE’s security and police forces. He has held the position of inspector general at the Emirati Interior Ministry since 2015, a post that entails investigating and processing complaints against police and security forces.

Even though Interpol is not making any part of its election process public, the Emirati inspector general confirmed his candidacy in November 2020 in an interview with 999, a magazine published by the UAE’s Interior Ministry. “My winning the Interpol presidency will be considered an achievement for all Arabs”, al-Raisi said at the time.

A report published in April this year by the former director of public prosecutions in the UK, Sir David Calvert-Smith, argued that there is credible evidence to suggest that the UAE is attempting to influence Interpol to elect its candidate as the next president. Calvert-Smith collected and presented records of UAE’s substantial financial contributions to the international policing agency, warning that it was probably seeking to use its donations of funds along with other mechanism as leverage to install al-Raisi as president.

Human rights organisations warned in 2020 that UAE has a history not only of human rights abuses by its security apparatus, but also of abusing the Interpol red notice system for the issuance of international arrest warrants. In the past, Abu Dhabi has invoked the system to pursue people owing debts to UAE banks and against foreigners involved in business disputes with Emirati firms or institutions, as well as against people suspected of lesser offences, such as bounced checks or credit card debt.

Two British citizens reported being abused during their time in prison in the UAE while al-Raisi was inspector general. Student Matthew Hedges reported he was held for nearly six months in solitary confinement and was fed a cocktail of drugs during his imprisonment, after being arrested in Dubai on spying charges. Football fan Ali Ahmad was imprisoned for wearing a Qatar shirt to a match, and was reportedly stabbed, beaten and suffocated with a plastic bag by arresting officers.

Also of grave concern is the continuing imprisonment and inhumane treatment accorded Ahmed Mansoor, as well as other human rights activists and peaceful dissidents in the UAE. An EP resolution passed this September stressed how Mansoor had been arrested and subjected to what amounts to torture simply for his views. Mansoor has been kept in the Abu Dhabi’s al-Sadr prison since his arrest for spreading false information in 2017, and is reported as having been deprived repeatedly of basic necessities and of his rights under both international and Emirati law.
While the EU is not a member of Interpol and, despite the objections expressed by MEPs, has no say in the organisation’s election process, al-Raisi’s candidacy does face another potential snag. Last month, a complaint was raised against al-Raisi at a Paris court, under universal jurisdiction, for the unlawful detention and torture of Hedges and Ahmad. If the French authorities decide to take up the case, al-Raisi could be subject to arrest and questioning in French territory, and that includes Lyon, where Interpol’s headquarters are located.