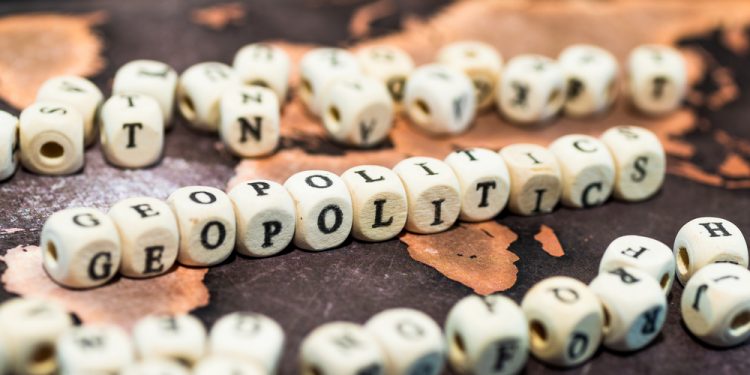 Brussels (Brussels Morning) The European Commission’s proposal on cross-border energy infrastructure tabled last week tries to square the circle between the need for energy security and the blueprints of a European Green Deal.

Independence from oil and gas imports is an important objective in itself, given that Europe is historically energy-dependent on imports. But in the context of decarbonising the economy, the challenge at hand is greater. The challenge is having uninterrupted supply, with no disruption; to this challenge, we must now add that this energy needs to be “clean” and “renewable”, both contested terms.

The traditional question of energy security

France relies heavily on nuclear energy, not needing to foster a special relationship with Russia of the kind developed by Germany via Nord Stream I and II.

The fact that we have yet to find a safe way to dispose of nuclear waste and the high cost of nuclear accidents makes many doubt that the way to green and uninterrupted energy is nuclear. Natural gas, on the other hand, is indicated as the most environmentally friendly of fossil fuels, but security is still a major consideration.

The Baltic states, as indeed Ukraine, have known Russia to instrumentalise natural gas supply for political means and view energy security through the prism of geopolitics. Other countries then often suffer in terms of “collateral” damage.

That is why energy security is often discussed in the context of diversifying energy sources through different suppliers. Southeastern Europe counts on an alternative to the Russian supply route from the Caspian Sea (TAP). The Baltic States are looking across the Atlantic to the US for shale gas, which is anathema to every environmentalist. Its production entails wasting thousands of tons of water and contaminating the ground with toxic agents.

Germany’s fossil fuel imports come from Norway, Russia, and the Netherlands. The Russian share is obviously surging as Dutch exports drop and the Nord Stream II project is being developed. But going green could be another way forward when it comes to building energy security.

Beyond diversification, the EU could produce oil and gas within the Single European Market, like indeed in Norway and the Netherlands, the Atlantic, Romania, and now the Eastern Mediterranean.

The European left disagrees. Talking to Brussels Morning, Spanish MEP Sira Rego (GUE-NGL), a member of the Committee on Industry, Research and Energy, notes that the challenge at hand is not about using the EU’s own fossil resources.

“Nothing today can be understood without the Paris Agreements and the real commitment to fight against climate change”, says Rego, “Therefore, the solution is to abandon fossil fuels and advance in a process of electrification. That is why it is not acceptable for the EU to continue funding these polluting technologies.”

From a security perspective, renewables make strategic sense for markets that have traditionally relied on energy imports, such as Europe and Japan. For instance, the Republic of Georgia has an investor-friendly environment, attracting foreign direct investment that allows the country to harness hydrokinetic energy, becoming 100% green and independent while bordering with Russia. In fact, the country now exports electricity to Turkey and Azerbaijan.

However, for countries without 20,000 springs, like Georgia, solar and wind farms seem to be the way forward. There, scale matters.

It is no accident that China has been driving the process by which solar energy has become cheaper than coal. But the issue now is not cost of production but distribution. Batteries are the key to turning renewable energy to “base energy”, available on-demand rather than certain parts of the year or the day or seasons of the year.

But to get there, investment matters and, therefore, ownership. As MEP Rego notes, undoubtedly, there is a need for the mass boost of renewables in Europe, which provide clean energy and independence. But here is another key consideration: who and how.

“There is a fundamental issue of ownership of the means of production”, Rego says, “What kind of independence exists in the private sector, where the owners and shareholders are banks and sovereign wealth funds of third countries directing the companies that determine power relations and investment strategies in certain technologies or business niches?

“The only possible independence is that guaranteed by a state aware that the energy sector is strategic and protects it as such”.