Can the current Denmark Government improve treatment of refugees? 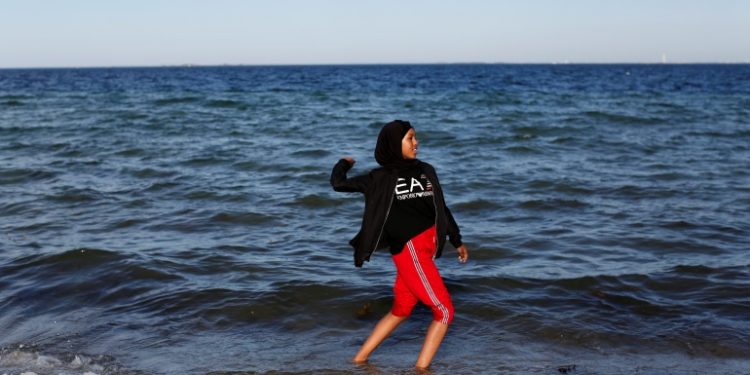 Brussels (Brussels Morning) The Danish government is trying to change the social composition of its low-income housing projects. A new law will force housing associations to sell 40 percent of their public housing stock. The government will provide rehousing options to the residents. If the residents don’t agree to move, they will be evicted. Thousands of Danes are protesting against the new policy. This policy has prompted many to question whether it’s the right way to change Denmark.

The Danish Parliament recently passed a law that will require immigrants to be relocated outside of the EU. The law has been heavily criticized by rights groups and the United Nations. The government claims that these new measures are a positive step in integrating immigrants, but the rights groups have objected. Despite the widespread criticism, Smed believes that the welfare state and economy of Denmark depend on immigrants. They should be allowed to stay and contribute to the country’s progress.

Despite this opposition from immigrant organizations, the Danish government has continued to implement harsh anti-immigrant policies. The government passed a bill that would allow the government to seize the assets of asylum seekers who violate the law. This legislation would force immigrants to pay taxes to the Danish state and would be difficult to repeal. While the proposed legislation would have a positive effect on some migrant communities, there are concerns about the effects on the country’s renowned human rights record.

While Danish governments are trying to change the situation, attitudes towards immigrants and refugees have become increasingly hard. In addition to a lack of resettling immigrants, the Danish population has also distorted their perceptions of integration. According to a recent survey, the majority of Danish citizens have the least accurate expectations about integration. While they perceive migrants as a nuisance and a burden, they believe their integration is significantly worse than what it actually is.

The Danish People’s Party was overshadowed by far-right parties in the elections last year, and despite having a strong political base, its immigration policies are still unpopular. Despite this, the Social Democrats continue to implement strict policies. However, it has a large minority of immigrants who are left-leaning. While these immigrants are the most recent ones, there are many others who are of similar backgrounds.

The proposed immigration reforms would eliminate the word “ghetto” from the existing immigration law. The reforms would also reduce the percentage of people of “non-Western” origin in social housing to 30 percent. The government will have to find a way to relocate these families to other areas of the country, a move that would further undermine integration. The proposal will also force refugees to leave their country of origin, where they were born and raised.

Meanwhile, 380 Syrian refugees have been told to return to their country. In addition, the Danish Refugee Council, which is an advisory group, has been calling on the refugees to return to Syria. The refugees who refuse to go back are being held in prisons, including the Sjaelsmark prison, which is run by the Danish Prison and Probation Service. The new policy is causing widespread outrage among asylum-seekers and human rights activists alike.

The Danish government has also put the children of immigrants in “ghettos.” While the government’s stated goal is to have zero asylum seekers by 2020, it has not been achieved yet. In addition to the new immigration laws, a Danish court ruled that the separation of the children of refugee families was illegal. Apart from this, Denmark’s immigration policies are now targeting the parents of these children.

The Danish government has pushed many families into ghettos, with their children being forced to sell their homes to pay for rent and other expenses. The new laws have led to the displacement of the children and their parents. This has created many problems for them. It is not only families that are being put in these “ghettos” but also their children. These policies have a negative impact on their lives.