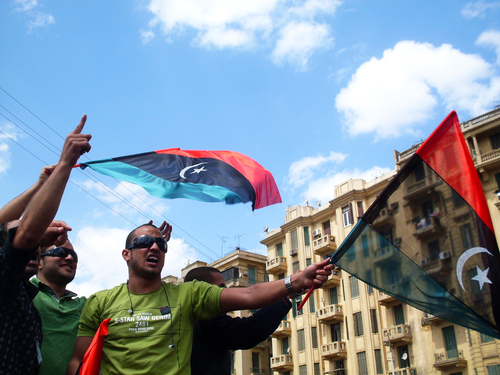 Brussels (Brussels Morning) Almost 10 years ago, I arrived in Tripoli, Libya as the EU’s senior coordinator of Europe’s contribution to putting the country on the road to a better future in the wake of the fall of the dictator.

Shortly after that, militiamen found the former Libyan leader Muammar Gaddafi hiding in a water pipe near his hometown of Sirte and he was brutally killed. Tripoli went wild with joy, with thousands of guns firing into the air, keeping us awake throughout the night.

The next morning our security detail reported to me on a random count they had made of the mounds of spent cartridges in Martyrs’ Square, the heart of Tripoli, which indicated that close to a million rounds may have been fired into the air that night. Rumours from the Health Ministry were that perhaps 60 people had been killed or injured by the hail of falling bullets.

And indeed, it seemed that the whole country had come together in its detestation for their former ruler. Many in the EU and elsewhere argued that Libya had a bright democratic future ahead of it. After all, unlike Egypt or other Arab spring countries it was a rich country with a major oil industry.

How wrong they were. Once the brouhaha over Gaddafi’s assassination subsided, and the international eye of attention moved on, power vacuums grew everywhere and the country has known little peace since. It has been a stark reminder that the glue that binds people together in adversity can quickly melt away once the common enemy has gone.

And despite that oil wealth, Libyans are far less well off today than they were in 2011.

But now, for the first time in many years, there may just be a chance that the country is on a road to some form of stability. The new Government of National Unity, born under the auspices of the UN last month has received wide support at home and abroad, including in Europe, where Italy and France, who after backing opposing sides in the civil conflict that raged in recent years between rival forces in the East and West, now appear to be on the same page.

The Biden administration, while taking more of a back seat has also been supportive of the UN process, in contrast to its predecessor, which, if anything, was sympathetic to rival general Khalifa Haftar’s abortive attempt to take over the country.

The GNU’s raison d’etre is to maintain the current ceasefire and hold elections by 24 December this year to produce a sufficiently inclusive and legitimate government that will enable the country to put its lost decade behind it.

Despite the changing international dynamic, Prime Minister Abdel Hamid Dbeibah and his team have a mountain to climb in the months ahead. Top of the list is to expel the many thousands of foreign mercenaries that were brought in over the last few years, mainly by Turkey, the main supporter of the former Tripoli government and by Russia and the UAE, who have backed Haftar’s campaign.

Efforts up to now have come to little. The UN is making valiant efforts to broker a solution but distrust between Ankara and Moscow runs deep and it’s unlikely that one will move without reciprocal action by the other.

Moreover, Russia’s reluctance to demilitarise may well be linked to the prospect of a permanent base in the country to complement its presence at Latakia in Syria. Such an outcome would give it an unprecedented strategic position in the Mediterranean. Understandably, that sets alarm bells ringing in Washington and other NATO capitals.

As the weeks and months tick by and stability becomes ever more difficult to achieve, that is why greater pressure by the US and EU on both Turkey and Russia is needed if those elections are ever to take place on time.

One way forward could be for Turkey, which after all is a member of NATO, to start the ball rolling with a small pull-out, on the basis that Russia will reciprocate. If Moscow fails to respond, then there are many who consider the issue important enough for discussions on further sanctions to be put in train.

One thing is for sure, any permanent solution cannot be forged by Dbeibah’s government alone. I well remember a prominent Libyan friend telling me on a return visit to Tripoli that the international community had dropped the ball in 2011/12 by failing to follow through on the NATO intervention that was pivotal in stopping Gaddafi from carrying a massacre of his own people. He went to say ‘you broke it, you own it’.

Ownership is of course ultimately with the Libyan people, but my old friend had a point. And if they are to exercise that ownership, they will need a great deal more international help in the runup to those elections.