Can I say that I liked Druk (Drunk) just a little bit? 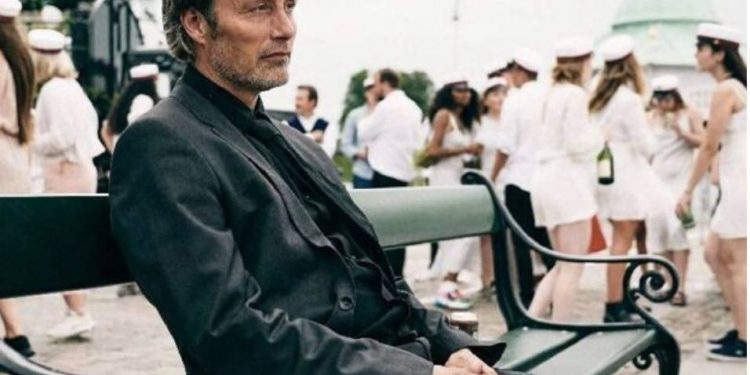 A disjointed plot for sophisticated cinematography

Uninhibited, ironic, unconventional, tragicomic. These are just some of the adjectives that have been, perhaps with extreme generosity, used for the new film Druk (Drunk, Another Round) by Danish director Thomas Vinterberg (already known for the delirious Festen and Jagten).

It is certainly an uninhibited film in its articulate and reckless cinematic virtuosity, and for the masterful and over-the-top performance of Mads Mikkelsen (and, among others, of his colleague Thomas Bo Larsen) that are worth the viewer’s effort of staying glued to the cinema seat for almost two hours.

However, the film’s screenplay, which involves structural stratification and the parallelism of narrative levels, seems particularly weak and more stereotypical than it is made out to be. What is remarkable is that the camera does not turn a judgmental and moralistic eye to the protagonists’ unwise and disreputable behaviour; as in a documentary, it follows with coldness, disorientation and disillusionment the failed experiment of four teachers in mid-life crises. In a society which, from a young age (and with a particular and creepy precocity in the Nordic countries) almost instigates the use of alcohol, the theory of the Norwegian psychologist and psychiatrist Finn Skårderud (born 1956) makes its way into the minds of these Danish high school teachers, initially with extreme curiosity and amusement.

According to the doctor, we are born with a 0.5% alcohol deficit that must be constantly made up for, and the protagonists of Druk take this literally. Thus begins a calculated and constant experiment, an alcoholic trickle that initially leads them to corroborate Skårderud’s apparently bizarre theories. They gain confidence in themselves and enthusiastically convey it to their pupils, also demonstrating how much people who have changed the course of history have, more or less unconsciously, embraced this theory.

The experiment, however, gets out of hand: as the blood alcohol level rises, cinematically translated into a long procession of morning and evening binge drinking, fights and dancing, the dramatic reverse of the medal soon appears. The level of dissatisfaction, both personal and collective, increases; their interpersonal relationships, already fractured, inexorably crumble, reaching their apex in the suicide of one of the characters, as surprising as it is when announced. When the initial situation is restored, without alcohol and debauchery, even the multiple and disjointed narrative levels seem to find a semblance of serenity and balance.

Eventually, drinking too much is bad, drinking too little is a little less. It is certainly not with this sarcastic and simplistic phrase that one can reduce a high-level and certainly appreciable cinematic experiment. But many doubts remain about the shattered screenplay, which deals with different themes (family, personal, sentimental, transgenerational relationships) without resolving them.

As the film’s ending suggests, there probably is no solution to all these problems: only the human anxiety of failure, of Kierkegaardian memory, and the awareness of being a failure can determine the true and deep meaning of this sincere and dramatic treatise on unruliness.