Can Europe hold its lead over the US in sustainable investment? 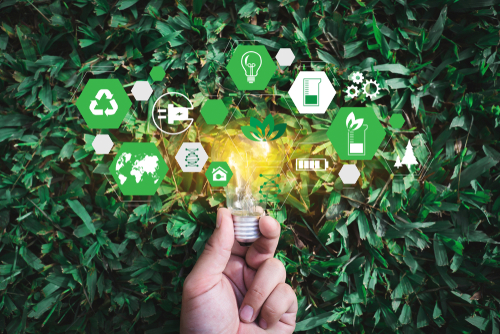 With post-election dust settling in the US, we can now delineate upcoming policies and compare them more fairly with Europe, ascertaining their impact on sustainable financial markets.

Honolulu (Brussels Morning) The relatively young sustainable financial markets have picked up steam in the last decade, and in 2018 were worth more than 30 trillion dollars. The value of these markets in Europe leads, being worth 14 trillion dollars while the American market, growing around 30% since 2012, trails at 12 trillion dollars (Figure 1, GSI Alliance).

The two markets’ relative size and growth are driven by newly conscious investors, distinguishing themselves from traditional financiers as they seek to generate positive change alongside positive returns.

Their strategies include, for example, investing in companies that strive towards the UN’s Sustainable Development Goals, or those that support environmental protection, social justice and ethical governance, giving rise to a class of assets referred to as ESG.

Despite the double-digit expansion, there is an appetite for regulation that will catalyse the growth and diversification of the ESG market. The main focus is on preventing so-called ‘green washing’, ensuring investment delivers on its promise rather than adding a layer of marketing to an asset (GIIN Annual Impact Investor Survey 2020).

In this spirit, let’s take a peek at what lies ahead in Europe and America’s policy realms.

Similar trajectories across the Atlantic

As the US’s 46th president takes office, there is more scope for alignment in policy aspirations, if not policies as such.

US President Joe Biden has pledged to put the environment at the centre of his tenure. In particular, he emphasised his intention to rejoin the Paris Accords and fight for a Green New Deal.

As Europe’s Green Deal launches, the focus is to make any pandemic support package compatible with environmental objectives, placing the Paris benchmarks at the core of the recovery package.

Both seek to restore citizens’ good health and replenish the labour market with decent jobs; the objective of safeguarding the planet for future generations is also part of the equation. Juggling all three priorities is part of the new competitive game.

Once these plans are executed both sides of the Atlantic, they will face different roadblocks, impacting markets across each side of the pond.

The new US administration has moved swiftly where possible. Through executive orders, the US has rejoined the Paris Accords, revoked the Keystone pipeline license, and mandated that informed scientific facts lie at the heart of policy development and communication.

But to significantly stimulate growth in sustainable markets, it will have to navigate unchartered waters and will have to refer to Congress as fishers do to a lighthouse.

Although the Democrats took control of both chambers, the battle will be uphill. A tie-breaking vote by Vice President Harris hardly guarantees the 60-vote majority most legislation needs to pass unfettered.

The administration would then have to rely on their friendlies in the two-person independent senatorial caucus to force these policies through, by simple majority, via budget resolutions and reconciliation bills.

In making these tactical calculations, one must look at the calendar. With the fiscal year beginning in October and upcoming elections in 2022, the Democratic appetite to advance on financial regulation is dubious at best.

Thirty-four Senate and 435 House seats will be up for grabs. Bold policy overhauls are not the stuff campaign-managers like.

It comes then as no surprise that the first significant policy package being introduced, priced at 1.9 trillion dollars is the ‘American Rescue Plan’, which focuses on protecting individuals and renters, whilst aiding the jobless.

Conversely, Europe has already begun allocating capital towards its own 1.8 trillion-dollar multiannual budget plan, placing long-term ambition at its core.

To this end, 30% of the funds will be earmarked for meeting Green New Deal objectives, and the Paris Accords are set to become principles governing EU Law (EUCO 10/20).

Therefore, public and private entities wishing to attract these funds will have to integrate ESG governance principles if they want their offerings to be investable and sustainable assets.

In fact, beneficiaries will be subject to periodic reporting and scrutiny from Brussels. Failing these checks and being branded ‘green-washers’ will cost them money.

The antecedent Juncker Plan, nearing its end, successfully mobilised 514 billion euros, supported 1.4 million jobs, and over 1 million startups and SMEs, many of whom adhere to ESG criteria.

However, this Commission’s plans are far more reaching, and necessitate the EU Member States to ratify their own resources decision and support sector-specific regulations. A lot can go wrong.

Whilst Europe caught the bull by the horns and pivoted on its pandemic response to plan a complete overhaul of its economy, the Biden administration is caught tussling with its past.

Europe clearly has a head start. To remain ahead of the game, it will need to maintain a pace of regulation and ensure that momentum is not lost in the detail of member state compliance.