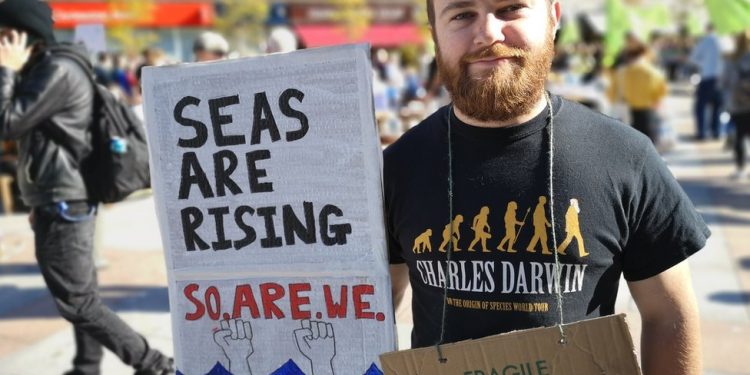 London (Brussels Morning) A coalition of Scottish climate change campaigners has urged the Scottish government to lead the rest of the world and help poorer nations mend the damage caused by global warming.

Next year’s COP26 UN climate change conference in Glasgow was an opportunity for Scotland to “show global leadership” and expand its fund while urging other countries to follow suit, said the group.

More than a decade after a commitment of developed nations to provide $100 billion per year by 2020 to support developing countries to adapt and reduce their emissions, the charity says that nations are overstating their actual contributions.

Almost $60 billion was reportedly spent between 2017-2018, from around $44.5 billion the year before, but the true value of contributions, which took the form mostly of loans, is actually around a third of this amount, according to the charity’s assessment.

Most loans were also counted at their full face value rather than considering repayments, interest payments and other factors.

Only a fifth of the financing went to least developed countries, and 3 percent was provided to small island developing states.

“The climate emergency is, quite literally, costing the earth for developing countries”, said Anne Funnemark, campaign director at Jubilee Scotland.

“As home to the host city of COP26, the Scottish Government has the opportunity to show global leadership by boosting the support it gives to poor countries via its climate justice fund while encouraging other countries to take similar action”, she said.

Some examples of climate change impact were cited in the report, including to Mozambique last year, when Cyclone Idai left damage worth half the country’s budget.

A spokesperson from the Scottish government responded to the comments saying its focus was on saving lives and protecting people’s jobs during the pandemic.

However, she added its Climate Justice Fund “recognises that the poor and vulnerable at home and overseas are the first to be affected by climate change” and that it will “continue to support communities in our partner countries of Malawi, Zambia, and Rwanda become more resilient to climate change”.