Calling all Brussels residents: ‘Don’t go to the toilet when it rains’ 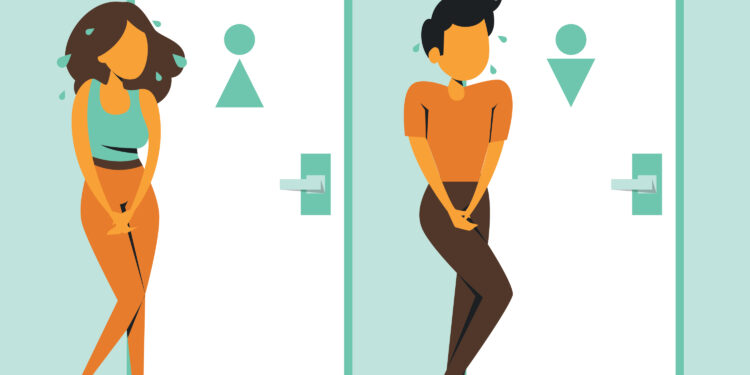 It is a playful action, confirms Pieter Elsen of vzw Canal it Up, but one that wants to expose a major problem. “There is only one system that collects both rain and wastewater. Consequence? The sewers overflow, leading to overflows in the canal and the Senne when it rains. And so both waterways are heavily polluted by that sewage,” he said to BRUZZ.

“By the way, this phenomenon also occurs during moderate rains, about ten times a month, not only during very heavy rain. In Brussels, this is about ten million cubic metres of sewage discharged, which is three times more than in Paris, which is a much larger city. That’s a significant fact, isn’t it?”

Elsen raised the problem several times, but a concrete solution was not yet found, so he started working with Canal it Up himself. They not only studied the entire sewerage system, but also the overflows, the rainfall pattern and the frequency of toilet use among residents of Brussels.

Conclusion? The sewage system cannot handle both rainwater and toilet water at the same time. So a good balance has to be found between the two. That is to say: when it rains, Brussels residents can no longer go to the toilet. That is also the message that Canal it Up is spreading in the streets of Brussels through self-made traffic signs.

Coordinate your toilet visit with rain showers, it seems difficult, but Canal it Up provides a solution there too. “Obviously we are going to help people from Brussels to postpone their toilet visits”, says Elsen, “We are going to share tips on how best to hold back, for both short and long rain showers. We will do this, for example, via social media. People who for whatever reason do not have a window, and therefore cannot look outside and see whether it is raining or not, we will send an email every time it rains. They must first register on our webpage, but in this way everyone can contribute.”

Elsen laughs about it, but above all hopes that the campaign will draw more attention to the problem. “Brussels residents can also calculate on our webpage how long their toilet water already flowed untreated straight to the Senne before the water purification stations were built. You fall behind with the results.”