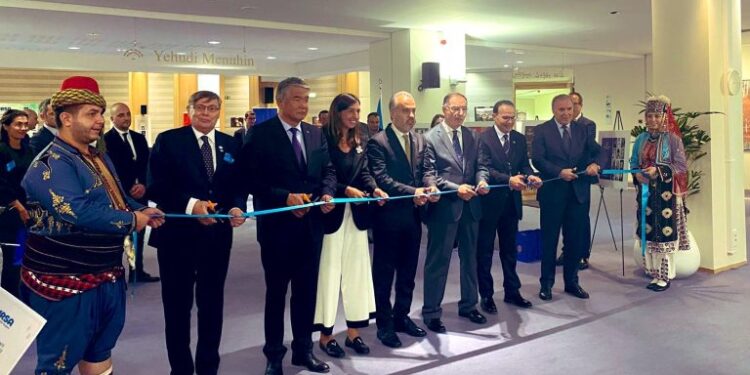 Belgium, (Brussels Morning) A delegation from the Turkish city of Bursa was welcomed at the European Parliament, where representatives highlighted how the city is embracing technology and digital transformation — the flagship twin transition led by the European Union.

The event was organized yesterday with the initiatives of İpek Tekdemir-Rupp, Secretary General of the EU-Turkey Friendship Group in the Parliament.

Mayor of the Metropolitan Municipality of Bursa, Alinur Aktaş, described how the city is becoming more sustainable and seized the occasion to promote Bursa’s cultural and historical heritage, such as being the birthplace of the Ottoman Empire or a key connection of the Silk Road.

The occasion comes at a time when Turkey has been pressing the EU to take steps towards accelerating Ankara’s membership bid.

“Turkey is Europe and Europe needs Turkey. European security needs Turkey. We expect the EU to take concrete steps towards cooperation with and the membership bid of Turkey,”  said the Turkish Foreign Minister Mevlüt Çavuşoğlu in August.

Accession talks to join the EU started in 2005, when Turkey pledged to strengthen its democracy, guarantee rule of law and match regulations governing the economy with those of the 27-member bloc.

Despite the political debate behind the EU membership bid, Aktaş said he was proud to promote Bursa as the 2022 Cultural Capital of the Turkic World, in Brussels, the heart of Europe.

“Bursa is also a European city,” he added. Aktaş emphasized that the city, which received the title of the first “European city” in Turkey, is one of the most beautiful cities in the country with its economic and social harmony, natural beauties, healing underground waters, summer and winter tourism opportunities.

“Our city is also known as green Bursa. We are carrying out important projects to remember our green Bursa in the future, with its green consumer, green technology, green production, green marketing and green design applications,” added Aktaş.

The Mayor of Bursa went on saying there are plans to create 3 million m2 of green spaces in the city, poiting out that currently all the train stations are fully powered by solar energy. “Our city is also known as green Bursa. We are carrying out important projects to remember our green Bursa in the future, with its green consumer, green technology, green production, green marketing and green design applications,” he added.

The city is showing signs of progressive investment in projects that are contributing to Bursa’s sustainability. For example, carbon capture and rain harvest systems are currently being tested. Moreover, they are working with systems that generate electricity from solid waste storage areas.