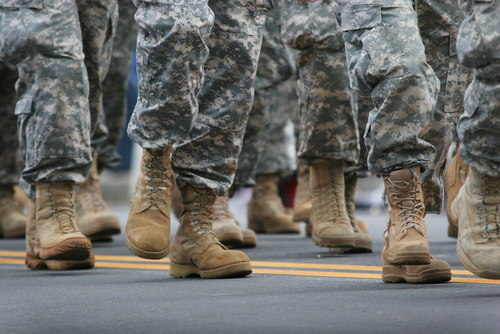 Brussels (Brussels Morning) The German military – Bundeswehr – launched a new voluntary service programme on Tuesday that offers youth the opportunity to take a year off between high school and college in order to receive military training, Deutsche Welle reports.

The “voluntary military service in homeland security” programme was inaugurated by Germany’s Defence Minister, Annegret Kramp-Karrenbauer, as the first round of participants – a class of 325 volunteers, 52 of them women – was inducted.

“We came up with this programme after seeing that there were young people who were interested in joining the Bundeswehr but didn’t want to tie themselves down”, Kramp-Karrenbauer told a press conference at the launch.

Your year for Germany

The programme, originally announced last summer under the tagline “your year for Germany”, evinced a lot of interest, with some 9,000 teenagers applying for the 1,000 slots available in the first year.

The programme aims to combine “combat and helping”, the aim being that volunteers in the service will be available for call up when natural disasters hit, or, for example should there be another pandemic wave. Training starts with a three-month regular boot camp in 13 military bases across Germany. After the initial phase, participants receive specialist training in how to to protect and secure critical infrastructure, such as buildings, depots and bridges.

The programme has faced a number of criticisms since it was first announced. Charities have complained the military’s use of volunteers would impact and reduce the number of volunteers available to civil society causes. Another concern is that the programme offers youths as young as 17 the opportunity to get their hands on weapons. .

Also troubling is the controversial name of the programme. Calling it “homeland security” – heimatshutz – carries right-wing connotations reminiscent of the Third Reich. This is especially problematic at a time when the Bundeswehrs has been the focus of controversy, given its recent problems with far-right extremism. Last year’s witnessed the disbandment of an entire company of elite special forces after its members were found to be proponents of or covering up far-right activism by their brothers in arms.