German Bundestag wants an update on relations with China 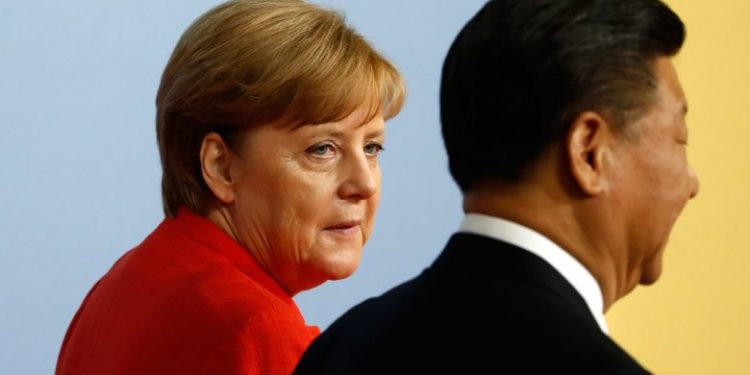 On Wednesday, the German Bundestag discussed the EU’s relationship with China in the run-up to high-level talks between Brussels and Beijing slated for next week, DW writes. German Chancellor Angela Merkel is to speak with Chinese President Xi Jinping via videolink as part of talks scheduled for Monday. Germany currently heads the EU’s rotating presidency.

German Social Democratic Party (SPD) MP Niels Annen has pointed out that the EU is facing a litmus test in global politics at this time and that it makes sense for German foreign policy to focus on its relationship with China. Noting that the EU is China’s largest trading partner and that Brussels would like to expand this partnership even further, Annen stressed that the EU also sees China as a competitor. This presented difficulties for the EU in attempting to reconcile economic cooperation with democratic values, given China’s human rights violations in the Xinjiang Uighur internment camps, the recent draconian crackdown on Hong Kong and Beijing’s increasingly aggressive foreign policy.

Bundestag member Jürgen Trittin of the Greens said that it was naïve to label China a strategic partner on the assumption that economic growth would lead to democratization. If anything, the Chinese economy has been growing in parallel with the erosion of the rule of law, a decline in freedom and increased surveillance, all signifiers of what China considers should be a global model, he warned. Trittin demanded that China’s human rights violations be met with economic consequences.

Elsewhere, in commenting on the escalating conflict between China and India along the Sino-Indian border, US Rand Corporation senior defence analyst Derek Grossman asserted that Germany and the EU are perceived as more neutral than the US. In the circumstances, therefore, they would be more effective mediators should the border situation deteriorate into further violence. Tensions and possible conflict between the two most populous countries needs to be resolved diplomatically, Grossman maintained, preferably by resuming informal meetings between Xi and Indian Prime Minister Narendra Modi.