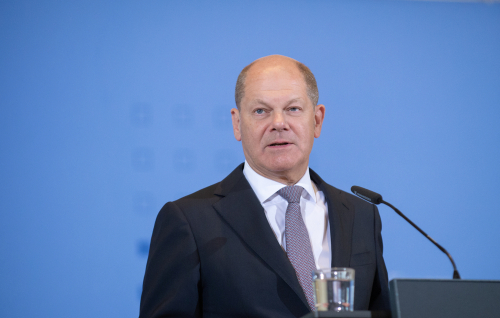 Brussels (Brussels Morning) Finance Minister Olaf Scholz, the Social Democrats (SPD) chancellor-candidate, is set to face questions in the Bundestag on Monday regarding a recent federal raid of his ministry’s offices, with less than a week to go to federal elections.

Scholz, currently a frontrunner in the race to succeed Chancellor Angela Merkel, who announced she would retire and not seek re-election this September, could thus find himself the target of unwanted negative attention in the concluding days of the election campaign.

Federal prosecutors raided the offices of the Finance Ministry last week, as part of a probe into the government’s anti-money-laundering authority, the Financial Intelligence Unit (FIU). According to the prosecutors, the FIU failed to report suspicious bank transfers totaling millions of euros, some of which were to African countries.

Scholz has since attempted to downplay the raid, insisting that it focused on a single FIU employee. He challenged the prosecutor’s decision to make a highly visible raid in a chancellor-candidate’s ministry mere weeks ahead of the election, noting that a request for the information could have been formally made without any need for a raid.

Scholz had previously faced a grilling over his ministry’s role in the Wirecard scandal, which resulted in the collapse of one of the most successful German financial technologiy companies, when it transpired that it had been engaged in fraud.

The SPD’s chancellor-candidate was forced to defend himself and his subordinates working in the ministry-run BaFin financial services watchdog, but ultimately emergied relatively unscathed by the scandal.
News of the raid did not immediately reflect on Scholz’s popularity. He proceeded to emerge the winner from the second televised debate with the two other leading chancellor-candidates. His party also suffered no drop in the ratings. Now, it remains to be seen whether his appearance in the Bundestag on Monday will have any effect on polls ahead of the 26 September election.