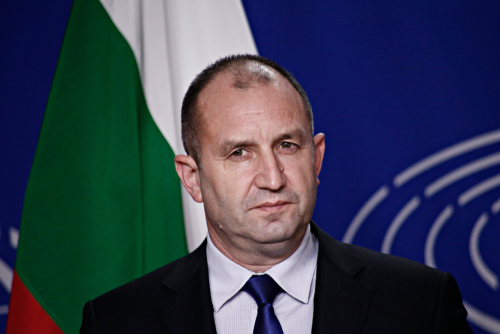 Yanev will head an interim government until Bulgaria’s latest parliamentary election is held on 14 November, the third this year following the inconclusive elections of April and July, Reuters reports.

The new provisional government is to prepare a national plan for presentation to the European Commission detailing how it intends to use EU funds to help Bulgaria recover from the coronavirus crisis.

The government is also expected to prepare for a possible wave of migrants from Afghanistan, following the Taliban’s retaking of the country.

Bulgaria has been struggling to form a government since former Prime Minister Boyko Borisov was voted out earlier this year.

Borisov lost public support over issues of widespread corruption, but the opposition failed to form a majority government due to political wrangling.

Radev, a critic of Borisov, is seeking a second term as President in a parallel election that is to be held on the same day as the parliamentary election in November.

He reappointed Yanev and most of the interim ministers who took office after the election in April.

“You have already proven that you have the stamina to face a difficult legacy and work for the future of Bulgaria”, the caretaker PM pointed out at today’s inauguration ceremony.

Yanev’s first interim government gained popularity with some voters for revealing shortcomings in how Borisov’s government handled the country’s finances, including the lack of proper procurement procedures for large infrastructure projects.

In addition, Yanev revised the state budget to support pensioners and businesses through the fourth wave of the coronavirus pandemic.

On the other hand, the interim government failed to speed up the vaccination campaign and Bulgaria has the lowest vaccination rate in the EU.

Finance Minister Assen Vassilev and Economy Minister Kiril Petkov are leaving the new administration in order to launch their own party.