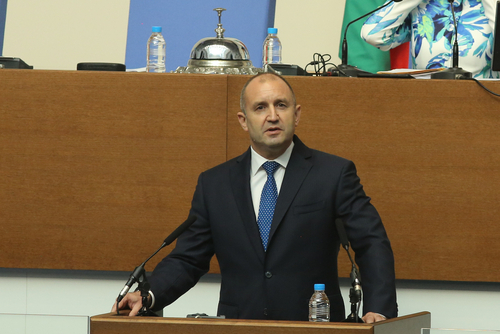 Yanev, who previously served as Deputy Prime Minister and Defence Minister in the caretaker government appointed by Radev in 2017, takes office today along with the rest of the interim cabinet. The interim government will have to deal with the country’s ongoing coronavirus pandemic, and will also be tasked with ensuring a fair election.

President Radev was forced to dissolve the parliament and end the deadlock that developed after the 4 April election since no party had proved capable of securing the necessary majority in the parliament. The coalition talks collapsed after three successive mandates to form a government failed and were returned back to the President.

Former Prime Minister Boyko Borisov’s GERB emerged as the relative winner of the elections, but nearly all parties refused to align themselves with the centre-right politician who, mired in corruption scandals, faced weeks of anti-corruption protests in major cities before the elections.

Despite a plea by Borisov plea that all parties back him on an interim basis to help maintain stable government amidst the worst of the pandemic and to better manage how to implement EU coronavirus recovery funds, the departing PM was rejected outright and had to concede defeat.

The second-largest party, the populist There Is Such a People (ITN), run by TV host and singer Slavi Trifonov, refused to cooperate with any of the major parties, accusing them of being “harmful, greedy and … compromised”, and returned its mandate to form a new government as soon as it was offered.

The third-strongest socialists, the BSP for Bulgaria alliance, did likewise, conceding that there were not enough lawmakers available in the parliament for it to form a majority without GERB and ITN.