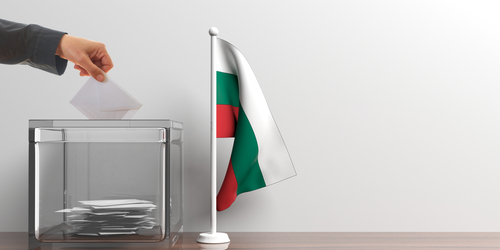 According to exit polls, Borissov’s centre-right GERB party emerged the relative winner but with a considerably reduced show of support than in the previous parliamentary elections. Exit polls point to around 23.8% of the vote going to GERB this time, compared to its 33.5% showing in the previous elections.

The polls show that the next two largest parties, the anti-establishment There is Such a People party, founded by popular singer and TV host Slavi Trifonov, and the leftist alliance BSP for Bulgaria, won some 18.3% and 14.9% percent, respectively.

In fourth place, with some 10.1%, was the ethnic Turkish MRF party, while the centrist alliance Democratic Bulgaria was close behind with some 9.7%. The results suggest there will be great difficulty in assembling a future government, since most of the parties are self-proclaimed anti-Borissovists, with Trifonov having outrightly rejected any possibility of ruling along with Borissov, BSP or MRF.

Borissov called on opposition leaders to consider a broad-based government of expertise that would focus on how best to implement EU recovery funds. Such an administration, he proposed, should have a set expiry date in December. “I offer you peace”, Borissov said. “I offer you to put forward experts, to take responsibility. This is my proposal for all, enjoy the results for two, three days and then consider – what is stable and what is not”.

Bulgaria is the most corrupt state in the EU, according to Transparency International, and the elections were marked by a wave of public protests against Borissov’s government. The country is struggling with the coronavirus pandemic, while it also needs to prepare workable plans for drawing up on the EU recovery funds.

The current balance of power in the Bulgarian parliament, if confirmed by official results, may make it impossible to achieve a stable majority, and therefore could point to new elections. At best, the negotiations on forming the new government could take weeks.