Bulgaria to hold third elections this year in November 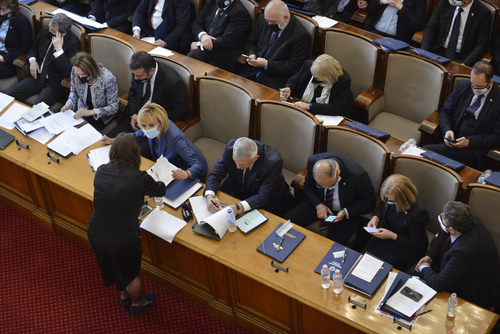 Brussels (Brussels Morning) Bulgaria’s President Rumen Radev has announced that the country will head to the polls for the third time this year, setting 14 November as the date for the new parliamentary elections, after polls in April and July failed to return a clear winner, and the key parties failed to agree on a working majority.

The July elections saw the populist anti-establishment party There Is Such a People (ITN) edge out the centre-right Citizens for European Development of Bulgaria (GERB) of former Prime Minister Boyko Borissov. Despite their relative win, ITN leader, TV host and singer Slavi Trifonov, refused coalition offers from GERB and the centre-left socialist BSP for Bulgaria (BSP) bloc.

Trifonov hoped to form a minority government with the backing of two smaller anti-corruption parties, Stand up! Mafia out! (ISMV) and Democratic Bulgaria (DB). However, both parties ultimately rejected his plan over disagreements with his choice of potential ministers.

The populist singer also rejected an initiative by smaller parties to back a limited-term, six-month government which would be tasked to prevent a political crisis and push through Bulgaria’s recovery and resilience plan, vital if the country is to draw upon the EU’s coronavirus pandemic emergency funds.

There are indications that Trifonov’s strategy of refusing to cooperate with other parties could be blowing up in his face. The most recent opinion polls show GERB 3 points ahead of ITN, polling at 23%, while BSP is slowly recovering from its July slump and is now at 16%, sharing third place with DB, which is steadily rising from the 9% support it registered in April elections.
Radev also announced on Sunday that the next presidential elections are to take place on 14 November, a decision made to avoid holding two expensive, country-wide elections close to each other. First elected in 2016, Radev is hoping to secure a second term. While the role of the president is primarily ceremonial, the two inconclusive elections have enabled Radev to assume a more active role in politics, given the president’s role in handing out mandates for forming a government and in setting up snap elections.