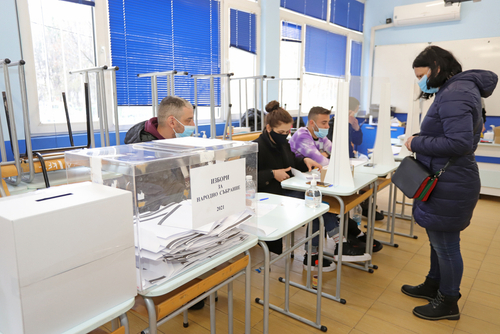 Brussels (Brussels Morning) Bulgaria is heading for its second parliamentary elections this year, as the first failed to deliver a majority government. Three parties in a row have had to abandon their attempts, each returning the mandates to form a government to the President, who will now be tasked with setting the date for new polls, Reuters reported.

On Saturday, the Bulgarian Socialist Party (BSP) announced it would be returning the mandate to President Rumen Radev immediately on receiving it on 5 May, saying it would be impossible for them to build a working majority, given the current balance of parties in the parliament.

The socialists, who lost nearly half of their seats in the April election, campaigned on a platform of removing the centre-right GERB from power, and toppling the Prime Minister Boyko Borissov, after months of public protests against his rule, which has been perceived as being riddled with corruption. However, voters mostly flocked to anti-establishment and anti-corruption parties, with the populist There Is Such a People (ITN) party emerging behind GERB in April.

Borissov unsuccessfuly pleaded for other parties to form a grand coalition with GERB, at least for a limited time, in order to best prepare for using the EU coronavirus recovery funds and not to lose precious time. After being rebuffed, Borissov conceded he would be unable to stay in power, and President Radev handed the mandate to ITN.

However, ITN’s leader, TV host and singer Slavi Trifonov, refused to even attempt forming a government, announcing his candidate for PM would return the mandate as soon as she received it. Trifonov rejected the offers from socialists and other established parties, claiming the offers come from “factions which are harmful, greedy and proven to be compromised”.

Following the BSP’s return of mandate on Wednesday, President Radev will have to appoint an interim government and set a date for new elections, most likely for 11 July.