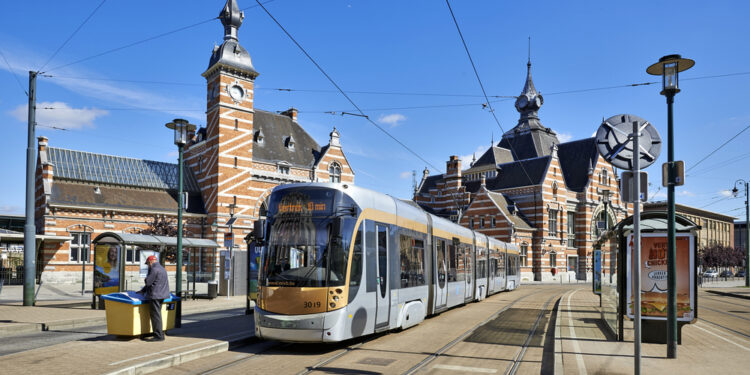 According to BRUZZ, this is shown by research by the Brussels Institute for Statistics and Analysis (BISA). Because rising energy prices are central to current events, BISA looked at the effects they have on economic activities in Brussels.

The study shows that economic activities in Brussels are on average less energy-consuming than those in the rest of the country. This is because agriculture and industry have a lesser influence on the Brussels economy. To illustrate: in 2019, the costs of Belgian energy products represented an average of 2.3 percent of the turnover of the Brussels economic activities. In the rest of Belgium, the ratio was 4.2 percent.

But at the same time, Brussels is more dependent on electricity than the other regions. Electricity, for example, accounted for 49 percent of the energy costs of Brussels companies in 2019. This is followed by petroleum products (43 percent) and finally gas (8 percent).

In the rest of Belgium, economic activity is mainly dependent on petroleum products, which represent on average 51 percent of companies’ energy costs. Electricity and gas account for 41 percent and 8 percent of the energy products consumed, respectively.

Since the Brussels economy is more dependent on electricity than on oil, its energy bill is more sensitive to the current sharp rise in electricity prices. For example, between 2019 and 2021, the share of energy costs in turnover increased more sharply in the Brussels region (+44 percent) than in the rest of Belgium (+32 percent).

The transport sector is the most sensitive to fluctuating energy prices, according to the BISA study. This is followed by the processing industry, but also the catering industry and recreational activities.

Unlike the other regions, the transport sector in Brussels is more dependent on electricity than on petroleum products. “This can be explained by the predominance of public transport in Brussels,” said BISA. “Rail activities – they are highly dependent on electricity – saw the strongest increase in their energy costs. But taxi companies and STIB are also strongly affected by the increase in energy prices.”

The study points out that the weight of energy costs in the value of production, at 3.3 percent, may seem limited, but it should not be underestimated for companies. “Current fluctuations can absorb a significant part of the margin of the Brussels companies. For example, a doubling of energy prices would, on average, take away almost a third of the margin of the companies that do not pass on this price increase.”

BISA also indicates that not every company can adjust its prices in the short term. “First, the ability to pass on higher production costs depends on the price elasticity – or the sensitivity of demand to price changes – of demand. In addition, in certain sectors prices are regulated or some companies operate on contracts that sometimes last for long periods. fogging up.”

Since reducing margins or increasing prices do not offer sustainable solutions, the resilience of Brussels companies will depend on better control of their energy costs, according to the study.

“There are several investment options to reduce energy costs,” it sounds. “But these often require a significant effort in terms of innovation and are based on rigorous analysis. For example, the NMBS has equipped its locomotives with energy metres and the STIB is studying the possibility of running its vehicles on hydrogen.”

“We also see that the taxi federations are advocating the introduction of regional support to enable an energy transition of the vehicles,” says the BISA. “It shows the complexity of the situation. Companies need to keep investing to better control their energy costs, but at the same time, their borrowing capacity has bottomed out.”