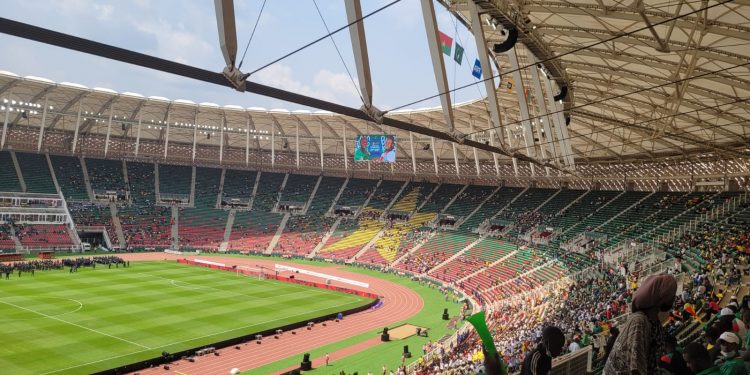 Belgium, (Brussels Morning Newspaper) On Sunday evening, Senegal and Egypt will face each other in the 33rd final of the Africa Cup of Nations. And expectations are high: the Cup was normally supposed to take place in 2021, but was postponed by a year due to the corona pandemic. Football madness has broken out among the African inhabitants of Brussels.

Senegal versus Egypt stands for the clash between football stars Mo Salah (Egypt) and Sadio Mané (Senegal), both 29 years old and teammates at the English Liverpool. Egypt has already won the Africa Cup seven times, for Senegal it was just not the case in 2019.

But that will change tonight, according to Waly. If it depends on him, the Senegalese football jerseys will soon feature a star in addition to the flag, but then that of the winner of the Africa Cup. Wearing a Senegalese flag around his neck and a fluttering tricolor in his hand, he and his companions parade through the Waversesteenweg.

“We’ve been here since this morning. After the rain this morning, we are now looking forward to the match we will follow together in VIP Bar Ô Sénégal.”

And after rain comes sunshine, these gentlemen hope. “We hope we will win that star for the first time.” In front of a Senegalese convenience store, the football fanatics juggle a football, as if they too have to warm up for their game of the year. The Matongewijk is the hotspot of football-loving Senegal in Brussels.

At ‘Mamy le Dakar’, as everyone usually calls the hostess of restaurant Le Dakar, all tables are reserved. “After we won the semi-final, people started calling to reserve a table. There are even Senegalese who come here from Luxembourg and Namur to watch the match together. The atmosphere is happening in Matonge!”

Waiter Mor cleans all the glasses while Mamy prepares tonight’s menu. “I made thiébou dieune, the national dish of Senegal. That is fish filled with carrot, eggplant and rice.”

A little further on at VIP Bar Ô Sénégal, a vegetarian dish is on the menu, which is clearly to the taste. “We’ve even stopped taking reservations,” says the lady of the house, who boasts of having served many Senegalese football players food.