Brussels residents who cornered the police in Blankenberge sentenced 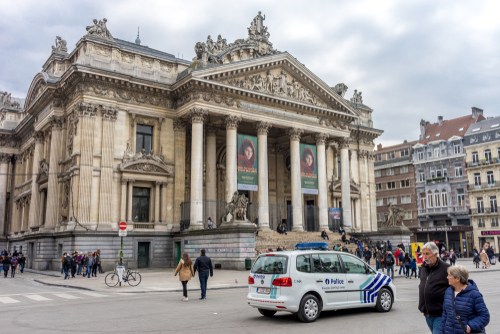 Brussels (Brussels Morning)A 27-year-old man from Schaerbeek has been sentenced in Bruges to 80 hours of community service for recalcitrance in Blankenberge, as reported by BRUZZ. His co-defendant was given a five-month suspended prison sentence as an accomplice. These are facts that took place a few hours after the major riots on the beach.

Two people from the shipping police noticed five young people on August 8, 2020. The police made a comment to them about the mouth mask obligation, but that apparently fell on the wrong ground. The group followed the police and is said to have shouted “fils de pute” among other things.

The situation escalated when one of the officers saw a bag of weed in a backpack. By surrounding the police officers, the youths were able to make the backpack disappear. When F.L. (27) was handcuffed, he would have incited the bystanders to free him. In the tumult, the male agent had to take shelter with the Ecuadorian from Schaerbeek in a shop, which was subsequently looted by several people.

His female colleague was attacked by several people outside. She was kicked in the back by a young woman. M.A. (24) from Ixelles filmed the incident and is said to have also pushed the victim. “At least the police were cornered by the concerted and inciting behavior of the defendants,” the prosecutor said.

F.L. risked six months in prison for rebellion and possession of brass knuckles. The defendant admitted that he resisted his arrest, but on the other hand showed a video that had to show that he certainly did not throw any punches. The defence noted that L. had already been fined for not wearing his mouth mask correctly that day. He was eventually given 80 hours of community service.

M.A. was jailed for five months for rebellion, but he denied any violence. “Look at the CCTV footage! You will see that the lady herself is very agitated and that he never pushed at any time,” said his lawyer. The judge established that the images indeed do not show a push. On the other hand, he is still considered a co-perpetrator, because he stirred things up by filming everything up close. M.A. received a five-month suspended sentence.