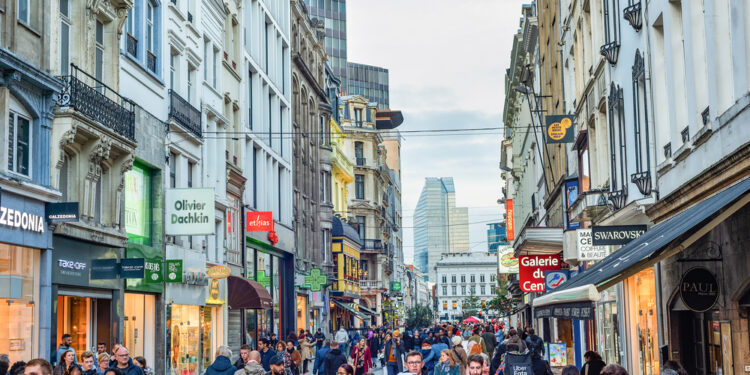 Since the beginning of 2021, a speed limit of 30 km/h applies throughout the Brussels region. Only the signaling would not be clear everywhere. Citizens therefore took matters into their own hands on Wednesday and symbolically removed two ‘forgotten’ 50 km/h signs on Woluwelaan. “The mistakes lead to insecurity.”

According to BRUZZ the number of road deaths in Brussels was at a record low in 2021, a result attributed to ‘City 30’. Several mobility movements are very satisfied with the speed limit, but point out that signaling needs to be improved. “The way in which a 30-sign is sometimes followed by a larger 50-sign leaves a lot to be desired for people entering Brussels,” said Thomas Deweer of the Fietsersbond.

Take away with your own hands

The Fietsersbond gave road manager Brussels Mobility, together with Johanna.be and Heroes for Zero, a helping hand on Wednesday. They decided to remove two ‘forgotten’ 50 signs from zone 30 themselves. “There is little follow-up from Brussels Mobility, so we do it on our own initiative.”

But the problem doesn’t stop there, according to Geert van Waeg of Johanna.be, a non-profit organisation that supports road safety initiatives. “These two examples from Woluwe-Saint-Lambert are no exception. That is why we ask Brussels Mobility to pay more attention to consistent and clear signage of the reduced speed limit.”

According to the organisations, the incorrect signalling would lead to dangerous situations. The Woluwelaan is an example of this. “Although there are 30 circles painted on the road surface, 50 ‘forgotten’ signs lead to confusion. Result? Cars, but also buses and heavy trucks drive here at 50 km/h. So too soon.”

The situation has already been reported several times to Brussels Mobility. Without success, see you Monday then. “Due to the announcement of our action and continued pressure, they came to remove one of the two signs,” says a satisfied Geert van Waeg. “They let the second plate hang casually, we are now taking that away.”