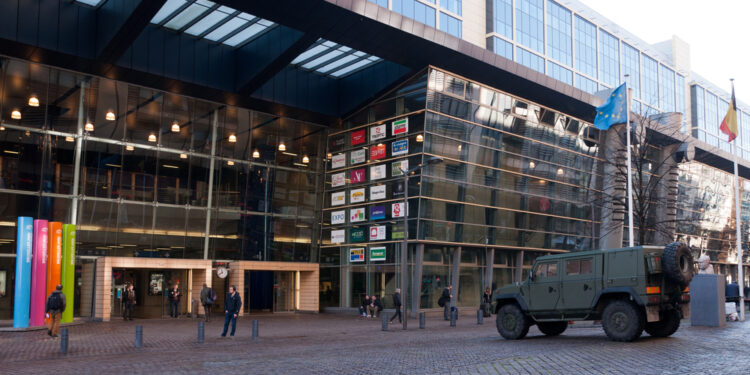 Brussels, (Brussels Morning) – A controller of the Brussels Mobility regional administration was threatened by several people on Tuesday. This happened during a check at the South Station. The man, who had just had back surgery, was also kicked in the back, as reported by BRUZZ.

The inspector wanted to verify the papers of a passenger transport vehicle in the vicinity of South Station on Tuesday morning. It may have been a VVC vehicle that drives under the limousine legislation (which applies to services such as Uber, ed.). That is what Brussels MP Jamal Ikazban (PS) says.

The driver turned out to have a permit for the Periphery, but not for Brussels. That says Brussels Mobility spokeswoman Inge Paemen.

“During the check, the driver in question gathered up a few acquaintances who were present in the area. They started threatening the controller and eventually attacked him. The man received a kick in the back while he had just had surgery on his back.”

The controller in question was taken to hospital for further examination. The driver of the VVC vehicle then left the place with his car and the other people involved dispersed, but the local police of the Brussels South zone arrived on the spot.

“Two inspectors from Brussels Mobility have filed a complaint,” says Camille Thiry of Brussels Mobility. “We hope that the investigation and analysis of the camera images will show who is responsible for this aggression. We take this very seriously at Brussels Mobility. We are shocked by this kind of violent behaviour against people who are only doing their job.”

Brussels Prime Minister Rudi Vervoort, responsible for the movement of persons, has expressed his support on Twitter and speaks of an “unacceptable aggression” against someone who was performing his function.

The checked driver then disputes that he was in violation. According to his own account, the man had picked up a customer in Beersel and dropped him off at the South Station around 09:50 when he was checked by the inspectors of Brussels Mobility. They would have threatened to confiscate his car because another ride had already been ordered.

“But on the Uber platform, you can’t turn off the orders when you’re in Brussels,” explains the driver involved. “You have to cancel it and I had done that. There was no customer in the vicinity of my car. A check of my history had made it clear that I always comply with the rules, I pick up customers in the Flemish Region to send them to them either there. , or to be dropped off in Brussels.”

When he seemed to get no response from the inspectors, the man said he took his documents and left with his car.

Cost and loss of time

“I was pleased with the expense and loss of time that a seizure and dispute would entail,” the man continues. “The seizure would have been unfair, but I knew that once my car was impounded, I would be out of work for a long time.”

He also said he did not invite anyone to riot. Another VVC driver would have seen him leave and then saw how some other men, who had nothing to do with the facts, started running amok. That driver also would not have stayed on site and would not have seen a blow being dealt, but later, when he returned, did notice an ambulance.

In recent years there have been frequent tensions with both Uber and taxi drivers. The status of the former was unclear for a long time. The taxi ordinance of the Brussels government, which is now more than seven years after the arrival of Uber, must provide a clear framework. The ordinance will be discussed in parliament next week.