Brussels limits the validity of travel vaccines to nine months 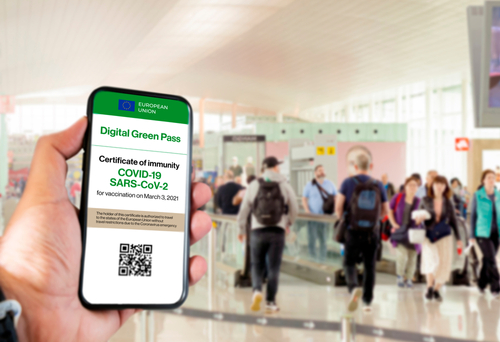 Brussels (Brussels Morning) A month after receiving the request from Heads of State and Government, the European Commission on Thursday presented new proposals for rules to be applied to travel within the EU and to travelers from third countries wishing to enter the Union.

Brussels is seeking to facilitate the freedom of movement of people as the pandemic has worsened and Europe has once again become its main epicenter. According to the World Health Organization, the continent could deplore up to 700,000 additional deaths by spring.

“The new rules are based on the European Covid certificate and the status of the traveler [vaccinated, cured, tested negative, editor’s note], not on the incidence in their country of origin,” Didier Reynders said Thursday in Brussels, who is the Commissioner in charge of Justice. Brussels wants no restrictions (tests on arrival, quarantine) to apply to citizens with a valid certificate.

This validity, from January 10, 2022, would extend for nine months from the date of the end of the first full vaccination. Thus, a person who would have received his second dose of Pfizer on May 15, 2021, would be free to come and go until February 15, 2022. On the other hand, someone who has been injected with their second dose on February 15, 2021, would be no longer eligible as of January 10.

In the absence of a booster dose, the Covid certificate will therefore lose its validity. Scientists estimate that the effects of a first vaccination wear off after about six months, according to the people.

Brussels still wants to maintain a list of “essential workers” exempt from certificate rules, including drivers of trucks and boats, patients having to travel for imperative medical reasons and cross-border workers.

As far as children are concerned, the Commission proposes not to impose certificates or tests on children under 12 coming from geographical areas other than “bright red”. Those aged 6 to 12 who come from these risk areas should show a negative certificate or test. Below 6 years, no constraint would apply.

At the same time, the Commission is proposing to adopt the method of producing a color-coded map to be published each week by the European Center for Disease Prevention and Control, to take into account the vaccination rate in each country, since the vaccinated people transmit the virus less. For travelers from third countries, the Commission also wants to switch to a status-based approach.

From 1st March, anyone in possession of a valid European certificate or equivalent, based on a vaccine approved by the World Health Organization, will enter the EU. The Union of Twenty-Seven has yet to approve these proposals.