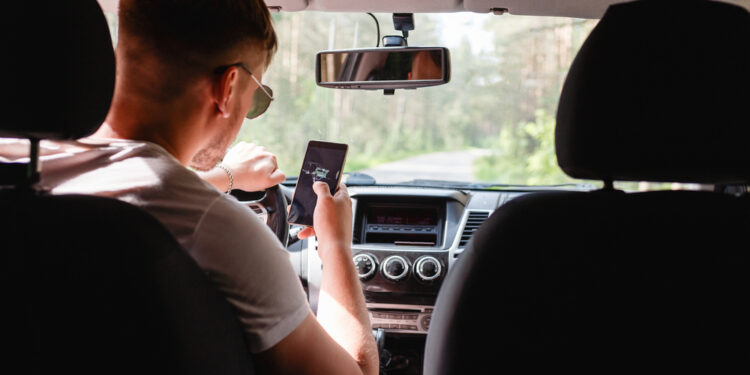 Brussels, (Brussels Morning)- Earlier this year, the traffic institute VIAS studied the behaviour of drivers in 161 places at different times of the day and week for two months. This shows for Brussels that at the time of the observation, five percent of the drivers were working on their mobile phone or other electronic device with a screen.

According to a report by BRUZZ, the figures show that Brussels (five percent) and Walloon (three percent) drivers use their mobiles more often behind the wheel than Flemish (1.6 percent). In Brussels, even seven percent of the observed van drivers were on their mobiles.The difference in the probability of being caught certainly plays a role in this. Of the 115,000 drivers who were fined last year for using a smartphone, only 20,000 fines were issued in Wallonia. In Flanders there were more than three times as many.

“Distraction is still one of the three biggest killers in traffic,” Flemish Minister of Mobility Lydia Peeters (Open VLD) said in a response. “Enforcement and awareness-raising around this topic remains necessary, we ask drivers to focus on the road and not on their mobile phone. After all, no call, report or message is so important that it is worth an accident. is,” said Minister Peeters.