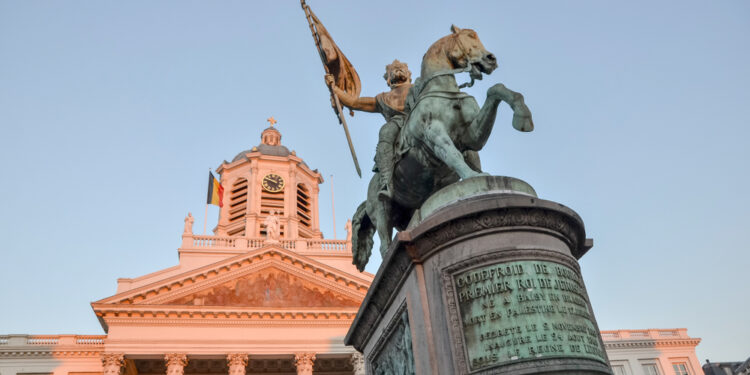 Brussels, (Brussels Morning)- At the end of March, Flemish Minister of Culture Jan Jambon (N-VA) issued preliminary recommendations for the next subsidy round of the Arts Decree. These contained bad news for a number of Brussels organisations, they received negative or positive advice outside of budget. They could, however, provide additional explanations. The final decision on the subsidies will be made at the end of June.

Theater collective Needcompany by Jan Lauwers and Grace Ellen Barkey, among others, fell by the wayside and received a negative response to its subsidy application. In the meantime, their reply has been submitted to the committee. “That reply can only be 8,000 characters long.” Far too little, according to Pieter D’Hooghe, artistic coordinator at Needcompany. “But it is our only means of avoiding a financial disaster scenario.”

The reply should clarify the plans of the culture house and point out errors of interpretation. “We worked very hard on that,” says D’Hooghe. “We hope that this will give the committee members more insight and interpret our objectives differently.”

According to the committee, Needcompany would focus too much on an international audience, and the reach in Flanders was considered too small. The Brussels Art Consultation (BKO) thinks the same. “Brussels is looked at as if it is not in Flanders. The reach in the capital itself is completely underestimated” reported BRUZZ.

Yet they also realise at Needcompany that a change of advice is very unlikely. “Moving around with the preliminary recommendations is very difficult because of the proposed budget. Nevertheless, we hope to receive a positive advice outside of budget.” This would mean that Needcompany’s fate would fall into the hands of the so-called Landscape Committee. “And let’s be honest, they can never provide all organisations with positive advice with money outside the budget,” explains Quinten Wyns of the BKO.

Needcompany is not a lone warrior. In addition to many smaller players, music ensemble Ictus and the Kaaitheater received negative and positive advice outside budget respectively. For many organisations there is therefore still no clarity for the future.

According to Wyns, there is only one solution. “There needs to be more subsidy money.” In concrete terms, the cultural sector wants an extra 38 million euros to be made available. “The portfolio of the art decree was too small from the start: there were undoubtedly going to be victims.” Since the publication of the preliminary recommendations, much consultation has taken place with ministers and the VGC. “In this way we want to give a face to the people who are at risk of losing their job. It shouldn’t just be about numbers,” says Wyns.

The BKO is certainly not happy about the future vision of the Flemish government. “Organisations that want to be innovative will be punished.” For example, the negative advice for iMAL (interactive Media Art Laboratory) shows that there is no vision for new sectors, and that innovation is in danger of being lost, the sector believes.

The BKO cannot assist the organisations with their replies, they have to put them together themselves. There is always one last step, but hopefully it doesn’t have to get that far. “As a BKO, we collect and bundle all comments from the preliminary recommendations, so that we can challenge irregularities before the Council of State if necessary.”