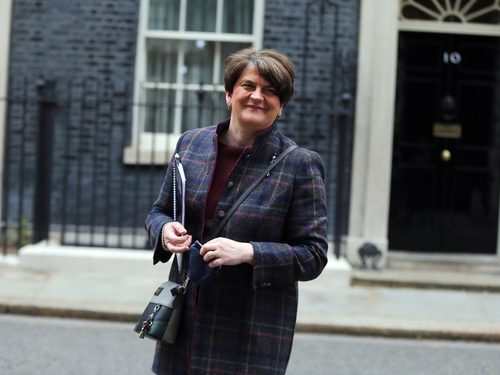 Brussels (Brussels Morning) The EU has decided to grant a three-month extension to the Northern Ireland Protocol’s grace period for certain goods in a show of goodwill towards the UK, effectively agreeing to a temporary ceasefire in the ongoing dispute over customs checks related to Northern Ireland.

In a move aimed at defusing tensions between Brussels and London, the EU has agreed to extend the grace period on checks for chilled meat products, which was set to expire on 1 July. Beyond that date, it would not have been possible to ship British sausages or mincemeat to Northern Ireland. This was because of the EU ban on meat products from third countries, a group that now includes the UK. Northern Ireland, meanwhile, de facto remains a part of the common market under terms of the Brexit agreement’s Northern Ireland Protocol.

The Protocol is currently a major bone point of contention between the UK and the EU, as customs checks in the Irish Sea threatened to complicate delivery to Northern Ireland of British goods, which were about to become subject to stringent EU import regulations.

The province’s pro-British Protestant unionists have already voiced their concerns over the Protocol, calling for it to be scrapped, since they fear it has effectively cut off Northern Ireland from mainland Britain, pushing it closer to unification with the Republic of Ireland.

Seeking to delay or circumvent the problem, the UK had already implemented a unilateral extension of a grace period for checks on some goods. This prompted Brussels to launch an infringement procedure against London for breaching the Brexit agreement.

In a fresh show of goodwill that comes with certain caveats, the EU has extended the grace period for chilled meats, while also simplifying regulations governing the transport of medicines and guide dogs from Britain to Northern Ireland.

However, the European Commission insists that the latest grace period is final, and that supermarkets in Northern Ireland must either find different supply channels, or Britain must agree to a deal which would keep the UK aligned with EU health standards with regard to animals, plants, and public health.

Commission vice-president Maroš Šefčovič said that the UK could remove up to 80% of currently applicable checks in the Irish Sea, provided it agrees to a “Swiss-style” deal with the EU. Despite not being a part of the Union, Switzerland enjoys a close partnership with the EU through a series of comprehensive bilateral agreements, which allow the country to participate in the EU single market and avoid customs checks.