Brits are lamenting their Brexit deal on fish 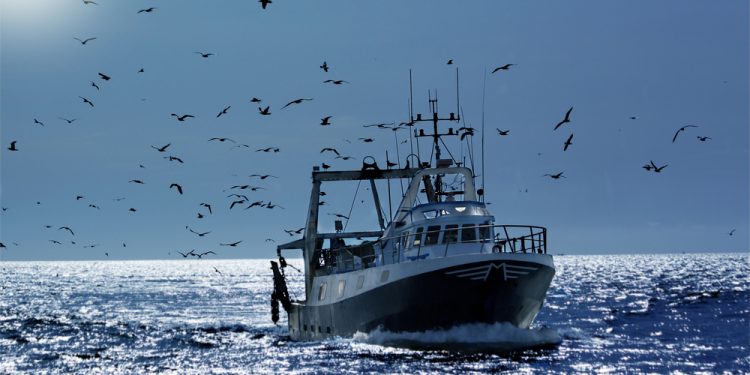 professional fisherboat with many seagulls come back in the harbor

London (Brussels Morning) Despite fishing rights being one of the final and long drawn out sticking points in reaching a UK-EU trade deal, British fishers are unhappy with the negotiations’ outcome for their trade.

With much back and forth between Brexit negotiating parties and political pressure from French President Emmanuel Macron, the landing point on each party’s access to UK fishing waters was that the EU would cut 25% of its access over five and a half years. That baseline would then be up for renegotiation before 1 January 2026.

UK cabinet minister Michael Gove framed the result as a win for fishers in Britain: “we will have by 2026 about two-thirds of the fish in our waters”, he said.

Andrew Locker, the chairman of the National Federation of Fishermen’s Organisations, contradicted this, saying UK fishers would be “absolutely worse off”.

“What we have got now is a fraction of what we were promised through Brexit. We are going to really, really struggle this year”, he said.

The National Federation of Fishing Organisations (NFFO) put up a post saying that “fishing was sacrificed for other national objectives. Lacking legal, moral, or political negotiating leverage on fish, the EU made the whole trade deal contingent on a UK surrender on fisheries”.

It went on to say that the EU had in the past benefited “disproportionately from free access to fish in UK waters and unbalanced quota shares agreed in 1983”.

However, detailed stock schedules will need to be agreed upon to rebalance where the UK quota has not been in tow with its zonal attachment. For instance, the UK’s catch of English Channel cod may have been 9%, with France having 84%.

It also noted no 12-mile limit to protect inshore fisheries, which the NFFO placed the blame for on Macron and his political wrangling.

Jim Portus, chief executive of the South West Fish Producers Organisation, also said that as well as quotas, the UK lost out on sovereignty, which was central to Brexit promises running up to the deal and the 2016 leave campaign itself.

“The deal means we’re still tied to the apron strings of the EU, we’re not an independent coastal state”, Portus told the Guardian, “We should have been deciding the rules and regulations on how to manage those stocks so that we took control of access arrangements for other countries”.

One area the fishing industry did say was cause for celebration was evading the need to be tied to EU regulatory arrangements such as the Common Fisheries Policy, with the UK now able to put in place its own systems.