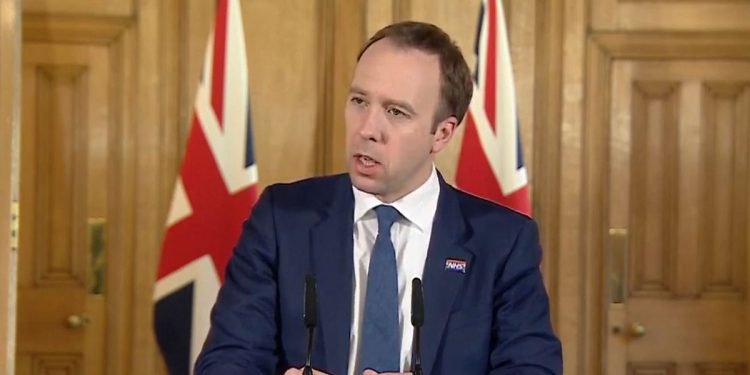 Matt Hancock, the U.K. Government’s Health Secretary, blamed recent problems with testing on inappropriate use of the system, claiming increasing numbers of people are requesting the tests without any symptoms. Leaks have also revealed ambitious plans to ramp up testing across the island.

One example, said Hancock, included a school that sent a whole class for testing, or holidaymakers taking tests because they’re travelling.

Hancock’s retort came after Baroness Dido Harding, head of NHS Test and Trace in England, apologised for the vast numbers unable to get a test near to them with some people being offered appointments almost 700 miles away.

“We are working flat out to address all the issues confronting us today”, said PM Boris Johnson in the House of Commons Wednesday.

Free tests are currently available for people with COVID-19 symptoms, including a high temperature, a persistent cough or loss of taste and smell.

“It beggars belief that after weeks of encouraging people to have a test if feeling unwell, ministers are seeking to blame people for simply doing what they were advised”, said Shadow health secretary Jonathan Ashworth.

At the same time, leaked documents today reveal the Government’s “Operation Moonshot” project that would see millions of UK-wide tests carried out daily, which could amount to a billion-pound budget for the NHS.

Current testing capacity is being ramped up to 500,000 tests a day, according to Johnson, but the new plan is for a 2-4 million a day testing scheme with a faster turnaround on results. It is hoped the would help large-scale venues to reopen.

Dr. Jenny Harries, said Moonshot’s viability depends on its handling, speaking on regional television, “We do want to get back to as much normality as we can and any opportunity to do that through a new testing programme or using different testing technology is clearly a good thing to be following, but it’s not quite as simple as just doing that.”