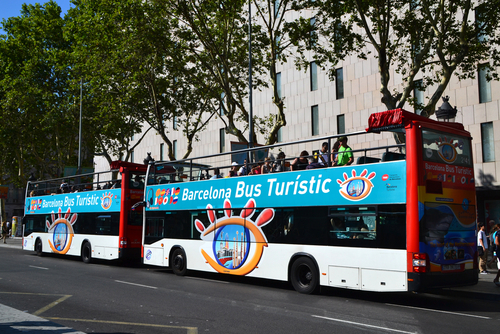 Brussels (Brussels Morning) The number of British tourists who visited Spain dropped 82% on the annual level in 2020 due to the coronavirus crisis, according to the National Statistics Institute (INE), El País reported on Thursday.

The Canaries and the Balearic Islands were hit the hardest due to their significant dependence on international tourism.

Besides tourists from the UK, numbers of tourists from Germany, France, Italy, Scandinavian countries and the Netherlands dropped last year due to the crisis.

However, the slump in numbers from the UK was the steepest, both with regard to arrivals and spending.

Arrivals from the UK down 93% annually

Some 223,000 tourists from the UK visited the Balearic Islands last year compared to 3.7 million in 2019, representing an annual drop of approximately 93%.

Tourism figures began plummeting in mid-July, when the UK government advised against travel to Spain and ordered a two-week quarantine for those returning from the country.

Spending of all international tourists in the region stood at 1.8 billion euro last year, down from 14.8 billion the year before. The total number of international visitors to the Balearic Islands in 2020 stood at 1.7 million, an annual decline of 87%.

Mauricio Carballeda, head of the Palmanova-Magaluf Hoteliers Association, noted the outlook for this year is uncertain, stressing that it depends on epidemiological trends in the coming months and restrictions.

“The British are going at a strong rate and we will have to see what level of immunization there is here,” he pointed out while predicting that recovery will not begin before the summer.

INE data shows the number of foreign visitors to the Canary Islands dropped 71% in 2020 and stood at 4.8 million.

Regional Tourism Minister Yaiza Castilla said on Wednesday that the winter tourism season was lost due to worsening epidemiological trends in Europe.