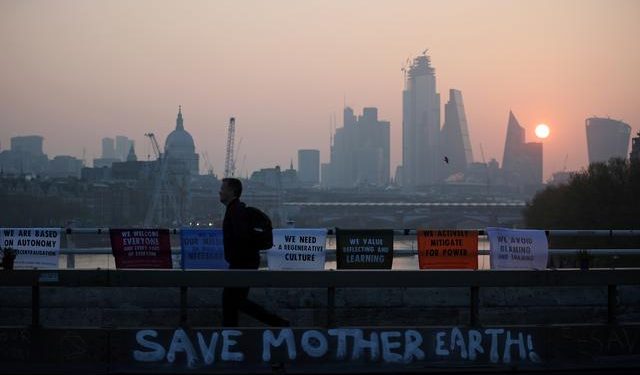 The new rules will be effective from January 2021, requiring disclosures align with recommendations made by the Task Force on Climate-related Financial Disclosures (TCFD).

The Financial Stability Board — an advisory body for the global financial system — created the TCFD to help improve reporting on climate-related financial information.

If companies choose not to comply with the rules, they must issue a public statement to that effect.

Nikhil Rathi, chief executive of the Financial Conduct Authority (FCA), spoke about the new standard at a virtual City of London conference, according to Reuters.

“We will also consult in the first half of 2021 on extending the scope of these rules and also on introducing TCFD obligations for asset managers, life insurers and pension providers”, said Rathi.

The rules will hit the biggest firms in these sectors in 2022, he said, continuing that the TCFD recommendations are only the first step and there had to be more granular climate and sustainability reporting requirements promoting “consistency and comparability”.

“TCFD reporting is not all straightforward – it requires time and effort to undertake scenario analysis”, said Vanessa Havard-Williams, international head of environment law at Linklaters.

Meanwhile, the UK government published an interim report of its Taskforce on implementing TCFD recommendations on Monday.

It also announced its intention to make TCFD-aligned disclosures mandatory across the economy by 2025, with many mandatory regulations in place by 2023.

UK chancellor Rishi Sunak also told parliament on Monday there were plans for more green finance initiatives and that the government would issue the UK’s first Sovereign Green Bond in 2021.

“This will be the first in a series of new issuances as we look to build out a green curve over the coming years, helping to fund projects to help tackle climate change, finance, much needed infrastructure and investment, and create green jobs across this country”, he said.

The Conservative government under Boris Johnson has set out to make climate change a key priority. Some believe Johnson hopes to find common ground over the issue with US President-Elect Joe Biden.

The next climate change summit — COP26 — will be hosted in Glasgow, Scotland.