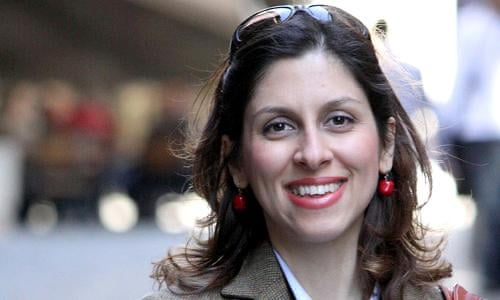 London (Brussels Morning) The UK government told the Iranian ambassador in London of its “grave concern” as new court proceedings were brought against Nazanin Zaghari-Ratcliffe.

Zaghari-Ratcliffe, a British-Iranian dual national, has been detained in Tehran since 3 April 2016 after travelling to the Iranian capital for a family vacation. She moved from prison to house arrest earlier this year.

The mother and wife has been accused of plotting to overthrow the Iranian government with claims she worked for a UK media association as a journalist. Zaghari-Ratcliffe works for Reuters Trust Foundation, a non-profit, as a programme manager and she has always denied the charges.

She is to appear in court again on Monday to face Judge Salavati, a hardline adjudicator of the Iranian Revolutionary Guard Corps and was told to pack a bag, despite nearing the end of her five-year sentence.

“This is a cruel game of cat and mouse waiting. And yesterday it got crueller.

“Decisions from governments can have heavy consequences, even when they are just postponements. We have had a lot of living downstream from one of the government’s most intransigent waiting games”, said her husband, Richard Ratcliffe.

Ratcliffe and campaigners have argued Zaghari-Ratcliffe is a pawn in a dispute between Iran and Britain over an unpaid debt before sanctions were imposed on Iran’s regime.

A legal case is ongoing on the issue.

“We don’t know what will happen on Monday, we don’t know how far and how soon they will take forward their prison threat”, said Ratcliffe.

“But we do know that the Revolutionary Guard are signalling something to the British government. And we also know they are signalling this could have a long time still to run”.

A spokesperson said the UK Foreign Office had called on Iran to end the arbitrary detention.

“Iran is further tarnishing its reputation through its actions towards Nazanin.

“It is time to end her arbitrary detention and that of the other dual British nationals it is holding”.