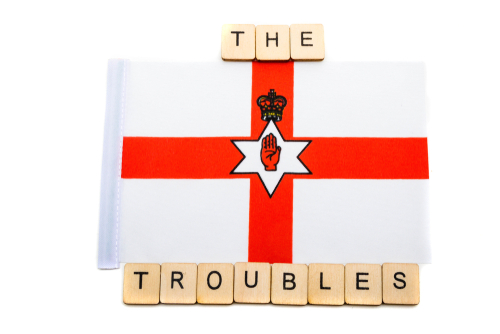 Brussels (Brussels Morning) British Prime Minister Boris Johnson raised tensions with the EU during the G7 summit over the weekend, threatening to impose unilateral “emergency measures” if no solution is found in the ongoing Brexit-related trade dispute over Northern Ireland.

Despite US President Joe Biden urging Johnson not to raise tensions over the British province, warning that it could disturb the delicate peace on the island of Ireland, Johnson seemingly broke a temporary truce with the EU, following tense talks with the bloc’s leaders, who insisted London should adhere to the terms of the treaty signed a year and a half ago.

Britain remains concerned with the provisions in the Brexit agreement’s Northern Ireland Protocol, which effectively keep the province within the EU customs union and necessitate customs checks in the Irish Sea. London fears that the checks will lead to supply problems in Northern Ireland, and exacerbate the growing unrest among pro-unionist Protestants who believe the Protocol is pushing the province closer to reunification with the Republic of Ireland.

“I think we can sort it out”, Johnson told Sky News at the G7 summit, “but it is up to our EU friends and partners to understand that we will do whatever it takes”. Johnson went on to warn that “if the Protocol continues to be applied in this way, then we will obviously not hesitate to invoke Article 16”, invoking a clause in the treaty which allows either side to take measures to prevent economic, societal or environmental difficulties.

“”I’ve talked to some of our friends here today, who do seem to misunderstand that the UK is a single country, a single territory. I just need to get that into their heads”, Johnson said, having spent the weekend talking to top EU officials Ursula von der Leyen and Charles Michel, as well as to French President Emmanuel Macron and German Chancellor Angela Merkel.

Reportedly, all four have insisted that the UK must adhere to the terms of the Brexit divorce treaty it signed in December 2019, just before the country’s exit from the 27-nation bloc. “Both sides must implement what we agreed on”, European Commission head von der Leyen told reporters after she and EU Council President Michel met with Johnson.
The Guardiancites high-ranking former diplomats as noting that the Brexit issue overshadowed the UK’s attempt to position itself as an independent global leader, free from the EU, in hosting the G7 summit. Johnson’s message was undermined, they claim, by concerns that London is proving to be an unreliable partner, given that it is already attempting to wriggle out of obligations signed a mere 18 months ago.