Britain’s debt highest on record since 1960 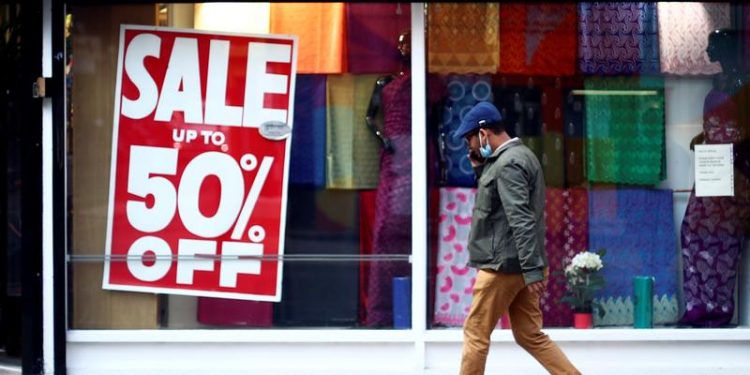 London (Brussels Morning) Britain’s debt has reached its highest level since 1960 after £208 billion was borrowed in the six months until September, according to figures released by the Office for National Statistics.

Borrowing by the government in the first half of the pandemic was six times higher than before the crisis taking total public debt to £2.060 trillion.

The coronavirus’s impact has triggered the drive for public spending, bearing the most significant financial hit since the Great Depression.

Strict social measures required to curb the spread of the COVID-19 virus have slowed economic activity and led to rising unemployment levels, set to worsen as the government’s job retention scheme ends at the end of the month.

Financial analysis by the Office for Budget Responsibility forecasted borrowing would reach £372 billion by the end of the financial year, almost 19 percent of gross domestic product.

To date, borrowing has remained beneath the levels predicted by the independent body, although information on defaulted government-backed COVID loans has not been accounted for.

As further lockdowns come into effect across the country amid a second wave of the virus, spending is expected to rise again as businesses impacted by the measures call for greater support.

The Bank of England is expected to act to help counter the devastating impact the pandemic has had on the economy.

Gertjan Vlieghe from the Bank’s Monetary Policy Committee signalled expanded quantitative easing could be on the cards and has not ruled out negative interest rates.

“My own view is that the risk that negative rates end up being counterproductive to the aims of monetary policy is low. Since it has not been tried in the UK, there is uncertainty about this judgment, and the MPC is not at a point yet when it can reach a conclusion on this issue”, he said in a speech Tuesday.